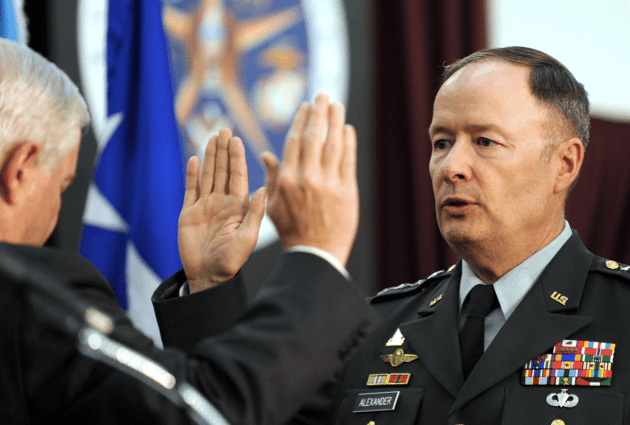 In the wake of Edward Snowden’s leaks, National Security Agency and Justice Department officials testified today before the House intelligence committee about the government’s controversial surveillance programs. Here are the five most interesting revelations to emerge from the hearing:

2. The NSA doesn’t need court approval each time it searches Americans’ phone records.
NSA Deputy Director John Inglis said that 22 NSA officials are authorized to approve requests to query an agency database that contains the cellphone metadata of American citizens. (Metadata includes the numbers of incoming and outgoing calls, the date and time the calls took place, and their duration.) Deputy AG Cole also said that all queries of this database must be documented and can be subject to audits. Cole also said that the the NSA does not have to get separate Foreign Intelligence Surveillance Court (FISC) approval for each query; instead, the agency merely has to file a monthly report with the court on how many times the database was queried, and how many of those searches targeted the phone records of Americans.

3. 10 NSA officials have permission to give information about US citizens to the FBI
There are 10 NSA officials—including Inglis and Alexander—involved in determining whether information collected about US citizens can be provided to the FBI. It can only be shared if there’s independent evidence that the target has connections to a terrorist organization. Inglis said that if the information is found to be irrelevant, it must be destroyed. If the NSA mistakenly targets an American citizen, it must report this to the Foreign Intelligence Surveillance Court.

4. Other countries are less transparent than the US, officials say.
Cole said that the FISA Amendments Act provides more due process than is afforded to citizens of European countries, including Germany, the United Kingdom, and France. Alexander added that “virtually all” countries have laws that compel telecommunications firms to turn over information on suspects.