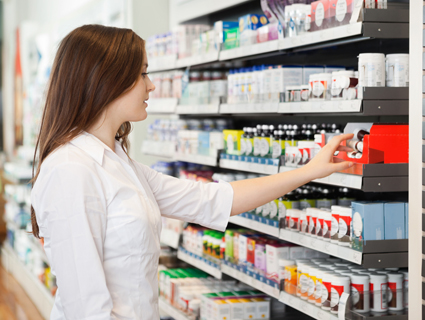 A federal judge has ruled that the emergency contraception drug Plan B One-Step, a.k.a. the “morning-after pill,” must be made available over the counter to everyone. The decision, issued Friday, overturns a rule that required anyone 16 years old and younger to have a prescription in order to get the pill.

In 2011, despite the Food and Drug Administration’s determination that Plan B is safe for all ages, the Department of Health and Human Services decided to block teenagers from buying the drug without a prescription. President Barack Obama endorsed HHS Secretary Kathleen Sebelius’ decision, arguing that the government “could not be confident that a 10-year-old or an 11-year-old going into a drugstore should be able—alongside bubble gum or batteries—be able to buy a medication that potentially, if not used properly, could end up having an adverse effect.”

But Judge Edward R. Korman of Federal District Court ruled Friday that this was not an acceptable reason to deny access, and that Sebelius’ decision “was politically motivated, scientifically unjustified, and contrary to agency precedent.” He wrote:

This case is not about the potential misuse of Plan B by 11-year-olds. These emergency contraceptives would be among the safest drugs sold over-the-counter, the number of 11-year-olds using these drugs is likely to be miniscule, the FDA permits drugs that it has found to be unsafe for the pediatric population to be sold over-the-counter subject only to labeling restrictions, and its point-of-sale restriction on this safe drug is likewise inconsistent with its policy and the Food, Drug, and Cosmetic Act as it has been construed. Instead, the invocation of the adverse effect of Plan B on 11-year-olds is an excuse to deprive the overwhelming majority of women of their right to obtain contraceptives without unjustified and burdensome restrictions.

Reproductive rights groups cheered the court ruling, which came after more than a decade of legal wrangling over the issue. “Science has finally prevailed over politics, to the benefit of millions of women across the United States,” said Nancy Northup, president of the Center for Reproductive Rights, the group that filed suit against the FDA over the decision.

Northup and other reproductive rights group argued that the age limits harmed teenagers who required timely access to the drug, which is supposed to be used within 72 hours of unprotected sex. But the age limit also harmed older women, too, because it meant that they had to have a government-issued ID confirming their age in order to access the pill, and its availability was restricted to the hours that pharmacies are open. The use of emergency contraception has become much more common in recent years, with 11 percent of fertile, sexually active women reporting that they have used EC. Now that Plan B will be easier to access, you can expect that number to increase.