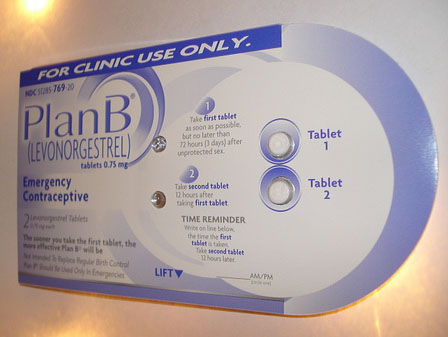 Compared to the rest of the United States, the rates of sexual violence among Native American women are nearly twice as high; one in three Native women will be raped in her lifetime, according to the Native American Women’s Health Education Resource Center. But in many Native communities, women have little to no access to emergency contraception, the group reports in a new paper advocating for greater access.

On many reservations, the only medical facilities are the Indian Health Service centers, which are a federally administered division of the Department of Health and Human Services. The Native American Women’s Health Education Resource Center’s research found that only 10 percent of the pharmacies in the IHS offered Plan B, or “the morning after pill”—the leading form of emergency contraception—over the counter. Forty percent only provide Plan B with a prescription, and the other half don’t provide the pill at all. The federal government approved over-the-counter sales for women over the age of 18 in 2006, and for 17-year-olds in 2009, but access has lagged in the IHS.

Reservation communities are often rural and geographically isolated, and lack any private pharmacies that carry EC, said Charon Asetoyer, chief executive officer of the Native American Women’s Health Education Resource Center in the introduction to the report. Often, the IHS service centers are closed on the weekends, and the women must wait hours or even days to see a doctor in order to obtain a prescription. This can mean the woman misses the 72-hour window during which EC is effective in preventing pregnancy. The alternative requires driving long distances to a nearby city, which can pile additional costs on top of a pill that already costs $50.

The report includes accounts of women from all over the country detailing their own experiences with the IHS health centers. They also spoke to pharmacists, who noted that there are many reasons that they don’t carry EC:Tthe committees that decide what to stock have neglected to put the drug on approved lists; medical staff have decided that Plan B isn’t necessary; decision-makers think the drug is too expensive; doctors haven’t requested the drug. The IHS did not respond to a request for comment on the report before press time. Women in these communities should not be held to the religious, cultural, or personal beliefs of decision-makers, the report argues.

Asetoyer argues this not carrying and providing EC violates the sexual assault protocols recommended by the Department of Justice for women seeking medical attention following a rape, which include pregnancy risk evaluation and prevention measures. It also violates the Tribal Law and Order Act of 2010, said Asetoyer, which was put in place to ensure that federal laws are enforced on reservations, and the rights to self-determination protected by the United Nations Declaration on the Rights of Indigenous People.

Access to emergency contraception prevents Native women from having to deal with additional trauma of needing an abortion should she have a pregnancy resulting from rape, said Asetoyer. “Who wouldn’t want to help a woman reduce that trauma?”