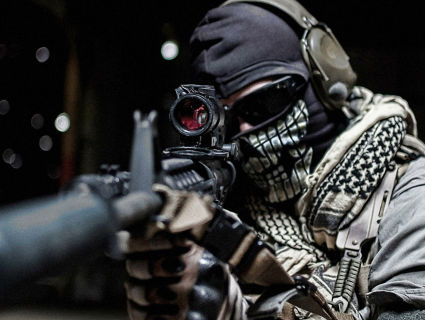 "Call of Duty: Black Ops 2" would be restricted under Christie's proposed law.Activision

New Jersey Gov. Chris Christie has fashioned himself as a GOP maverick of late, upsetting people in his own party almost as often as political opponents. From praising President Obama’s response to Hurricane Sandy last year, to seeking a ban on the .50 caliber Barrett rifle more recently, he keeps managing to ruffle Republicans’ feathers.

His push to restrict violent video games, however, part of his plan to deal with gun violence, is likely to please the right. Christie wants to require parental consent in New Jersey in order for minors to purchase “Mature” rated video games. The idea aligns with the NRA’s own suggestions for curbing school shootings and has broad appeal. It’s not actually a ban, but rather another layer of regulation.

“This is just common sense,” the governor said of his plan, “and means that parents and legal guardians are actively engaged and aware of the kinds of games their kids are buying and renting.” Christie’s reasoning is actually pretty sound—even if his legal thinking isn’t. (More on that in a minute.)

When I’ve written about violence in video games in the past, I’ve argued that the most important thing a parent can do is be actively engaged in what their kids are playing. (That goes for any kind of media consumption.) Play games with your kids, and make sure the content they’re zapping into their impressionable young minds is something you approve of. I don’t think most kids will be transformed into violent monsters by video games—and to date, there is no solid research indicating that’s a serious possibility—but that doesn’t mean each game out there is appropriate for every kid.

The problem with Christie’s plan is that it runs afoul of the right to free speech; attempts to ban violent video games or restrict their sale have already been overturned by the Supreme Court.

Moreover, the video game industry has actually done a vastly improved job at self-regulating over the last decade. Even though M-rated games aren’t backed by laws limiting their sale to minors, that doesn’t mean it’s easy for children to buy these games. A recent report from the Federal Trade Commission found that only 13 percent of minors were able to purchase M-rated titles in 2012, dramatically down over the last 12 years. The FTC sent undercover “mystery shoppers” between the ages of 13 and 16 into retail shops to gather this data. By comparison, the FTC found that minors were able to purchase CDs with explicit content nearly half of the time, and buy R-rated movie tickets nearly a quarter of the time. 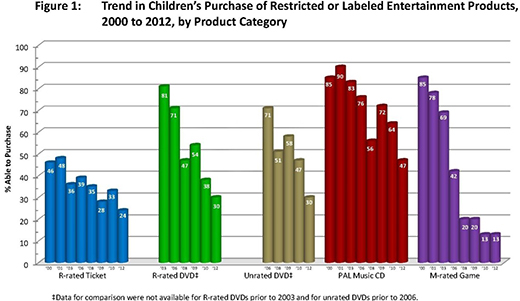 In other words, the video game industry and the retailers who sell video games are leading the pack, effectively keeping minors from buying M-rated titles like Call of Duty and Grand Theft Auto. Most of the kids with these games get them from their parents, legal guardians, or other people over the age of 18.

The real trick is ensuring that parents are actually, well, parenting—overseeing or playing the games with their kids in the confines of their own homes, or in the homes of their friends. This is beyond the scope of government regulation.

Christie may have great intentions, but his legislation will almost certainly not hold up in court, and even if it did it’s unlikely that we’d see a significant change in video game sales to minors. And it requires another leap from there to assume that stricter regulations on video games would have any impact on real world violence, including school shootings. It would be better for Christie and other leaders to continue pushing for better gun control laws—even though that may allow their opponents to score political points against them.

Speaking of gun control and “political suicide,” I’ll leave you with this hilarious yet deeply troubling segment from The Daily Show‘s John Oliver: