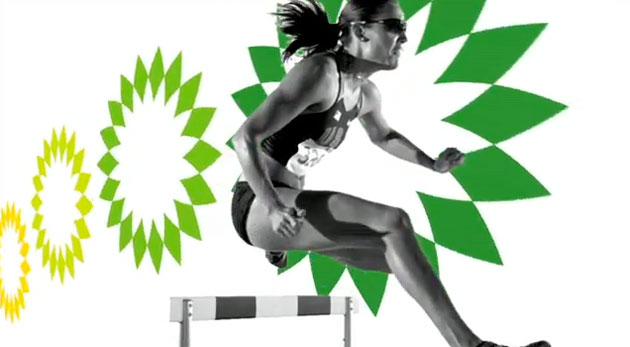 BP may not be top-notch at preventing huge, toxic oil spills, but the company is certainly PR-savvy.

In this spring’s run-up to the Olympic games, London 2012 organizers announced that BP would be a main sponsor of the event—specifically, a “Sustainability Partner” helping to create the “greenest Games ever.” The enviro community balked at the move, launching campaigns, circulating videos, and pranking high-profile orgs to underscore the irony. But to little avail, it seems: Despite the controversy, a survey published this week shows that the oil and gas giant’s Olympic ads seem to be rekindling the public’s BP love.

Of all the main Olympic sponsors, BP went into the games dead last in brand perception ratings—in fact, it was the only company with a rating in the negative numbers, according to the survey from YouGov BrandIndex. Now, with ads on billboards and television (see below), BP has catapulted from a -5.9 perception rating to a 2.6, a massive jump rivaled only by Visa. And that’s among the US population specifically, since all of YouGov’s survey respondents were US adults: 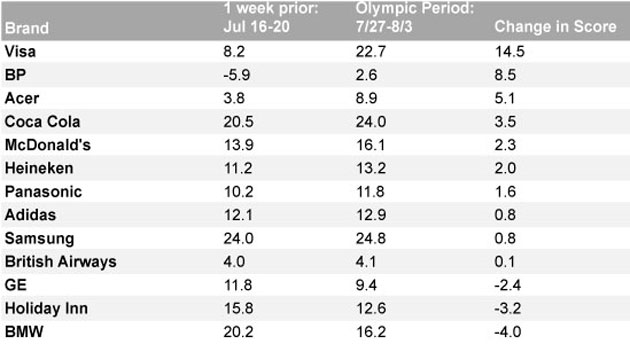 Part of BP’s massive Olympic ad effort is “BP Team USA,” a group of nine US Olympic and Paralympic hopefuls serving as the brand’s athlete ambassadors. Two of the team’s members—track and fielder Sanya Richards-Ross and swimmer Rebecca Soni—have already brought in three gold medals and a silver, likely further boosting the hunky-dory US attitudes towards BP at the games.

Also notable: A couple of those BP Team USA ads are grouped on its YouTube channel under the title “Overcoming Setbacks.” An admirable athletic sentiment, sure, but an ironic one when employed by a company that’s using these ads—and the athletes in them—to fix its own “setbacks.”