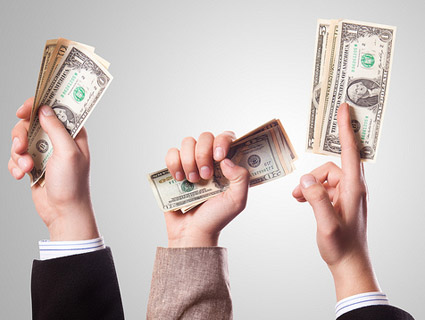 Earlier this week, BuzzFeed reported that 88 percent of the more than 550,000 individuals who donated $200 or more to Barack Obama in 2008 have yet to match their previous giving in 2012. “I don’t dislike him personally,” one former donor said, “but I’m disappointed that he’s not the change-agent I had hoped for.” The Obama campaign shrugged off the story, saying its reelection fundraising is on track.

Obama has raised about $120 million more than Mitt Romney, in no small part because of his bundlers—supporters who have maxed out their individual contributions and gone on to solicit money from others to donate in one large bundle.

But many of the 2008 bundlers who made the Obama campaign the richest ever have yet to step up. A comparison of the 2008 and 2012 bundler lists shows that just 28 percent, or 159, of Obama’s bundlers from four years ago have raised money for the president this year.

Is that a sign of a faltering fundraising strategy? Not necessarily: In 2008, the Obama campaign reported having 558 bundlers who raised between $76.3 million and $118.9 million (out of $745 million raised overall). This year, it has already reported 532 bundlers who have collectively raised between $106 and $110 million. As the Center for Responsive Politics suggested in April, Obama’s fundraising numbers “show that the wealthy, well-connected individuals who typically become bundlers are rallying to Obama’s aid to a greater degree than they did in his first bid for the Oval Office.” Already, the estimated hauls brought in by bundlers who work in the legal, securities and investment, business services, real estate, and entertainment industries have exceeded those of 2008. And many of the currently AWOL 2008 bundlers could return in the next five months.

Meanwhile, Mitt Romney has only revealed the names of his bundlers who are lobbyists, as required by law. His disclosures show that he has at least 25 bundlers who have raised a minimum of $3 million.