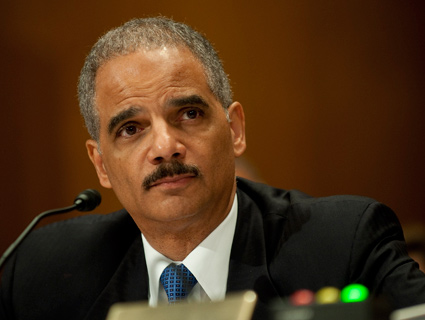 Here’s a thought experiment: If you’ve requested a national security-related document through the Freedom of Information Act (FOIA) but the Justice Department says it doesn’t exist, could it exist anyway? Under a sweeping set of new rules proposed by the DOJ, the answer could soon be yes.

The DOJ first published the revised rules in March. At the request of open-government organizations, it allowed them to file comments on the law until October 19. And comment they did: The American Civil Liberties Union, Citizens for Responsibility and Ethics in Washington, and OpenTheGovernment.org wrote a letter to the DOJ, writing that the rule would “dramatically undermine government integrity by allowing a law designed to provide public access to government to be twisted to permit federal law enforcement agencies to actively lie to the American people.” They also argue that the new rule’s restrictive wording is unnecessary:

[T]he government can craft a response to FOIA requests for records that fall within section 552(c) exclusions that is truthful and informative, yet does not confirm whether excludable records exist. We suggest that when DOJ determines that a requester is trying to obtain information excluded from FOIA under section 552(c), the agency should simply respond that “we interpret all or part of your request as a request for records which, if they exist, would not be subject to the disclosure requirements of FOIA pursuant to section 552(c), and we therefore will not process that portion of your request.” This response requires no change to the current FOIA regulation.

The open government groups’ comment doesn’t even suggest rolling back the law; instead, it asks only that the DOJ not mislead FOIA filers. People requesting the protected information can, as a last resort, sue to obtain those records. But since the new rule makes it seem as if the records in question don’t even exist, the ACLU, CREW, and OpenTheGovernment argue that requesters are unlikely to pursue that course and give up altogether.

This would seem to fall right in line with the Obama administration’s vigorous anti-transparency agenda, which The New Yorker‘s Jane Mayer and others have reported on. But although this latest rule may be true to form, it seems to break new ground. The DOJ is essentially saying that something that it knows exists, doesn’t—giving itself some pretty broad authority to lie with impunity.

Instead of wrestling with individuals and organizations seeking sensitive public information, the DOJ apparently prefers to pretend information seekers away, along with the information they’re asking for. And the fact that the ACLU, et. al’s, comment doesn’t actually seek to undo the the new rule—only re-phrase it—seems to suggest that they’re picking their battles judiciously.