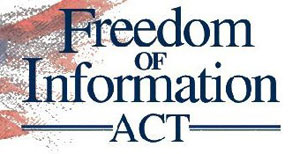 As President Bush prepares to leave office, his appointees in the executive branch agencies seem to be doing their best to cover his tracks. With President-elect Barack Obama set to announce his choice of Nobel prize-winning physicist Steven Chu to head the Department of Energy later today, that department is trying to make it harder for the public to dig into its activities. Secrecy News reports that the Bush DOE wants to remove a guideline that encourages it to release information under the FOIA that it’s not legally required to release if doing so would serve the “public interest.” The likely result would be that the DOE would never release information unless under a legal mandate, echoing a policy former Bush Attorney General John Ashcroft implemented at the Justice Department, which actually encouraged withholding information whenever there was a “sound legal basis” for doing so. Secrecy News, which is run by the Federation of American Scientists, has FAS’ comments on the proposed regulation:

[T]here is a widespread and well-founded expectation that the incoming Obama Administration will rescind the Ashcroft FOIA policy and define a more forthcoming disclosure policy. In light of that probable scenario, I would urge DOE to cancel its proposed revision of [the public interest balancing test], or else to suspend action on it for six months while the new Administration prepares new government-wide FOIA guidance.

Seeing as the Bush administration won’t extend the courtesy of allowing the Obamas to move into the official White House guest house a few days early, it seems unlikely that DOE will hold off on its proposed revision out of amity toward the incoming administration. But I guess it’s worth a shot.