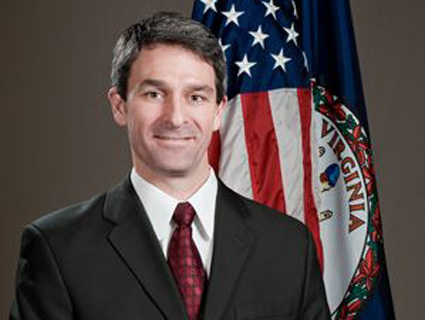 Today, the 4th Circuit Court of Appeals, one of the most conservative appellate courts in the country, threw out Cuccinelli’s lawsuit challenging Obama’s Affordable Care Act and its individual mandate. The 4th Circuit never really got to the constitutional issues of the health care law because it found that Cuccinelli and the state of Virgina did not even have standing to bring the case. The individual mandate, the court found, “imposes no obligations on the sole plaintiff, Virginia,” meaning that Virginia had no injury nor future harm that might be remedied by the intervention of a federal judge.

It’s a classic example of something Cuccinelli should have learned in Civil Procedure 101: Just because you don’t like a law doesn’t mean you have the right to go to court and get it struck down. You have to be affected by the law somehow, and it was clear from the very beginning that Cuccinelli and Virginia were not. And if Cuccinelli is hoping the U.S. Supreme Court might come to his rescue on this one, he’s probably dreaming. While you never know with the Roberts court conservatives, who have proven far more political than consistent, stalwart conservatives like Antonin Scalia.  Roberts himself has been extremely harsh with plaintiffs on standing issues. (See Robert’s dissent in Massachusetts v. EPA, a case challenging the EPA’s inaction on climate change.)

But Cuccinelli’s legal work isn’t, of course, about the law. It’s about politics. His concern with constitutional issues is rather selective. Otherwise, how to explain his office’s defense of local law enforcement officials in the state arresting gay men under sodomy laws the Supreme Court declared unconstitutional eight years ago? Or his legal opinion that state universities have no legal right to protect students and staff against anti-gay discrimination, despite the 14th Amendment’s promises of equal protection under the law? Or what of his waste of taxpayer dollars suing over the health care bill in a case he had no legitimate right to bring? The health care lawsuit won Cuccinelli fans across the country, who will no doubt come in handy when he needs to raise money when he runs for senator or governor down the road. All of that might make him a good politician, but it still makes him a bad lawyer.