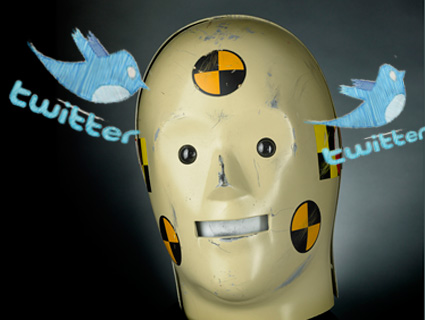 Declaring that it is “passionate” about the safety of young drivers, Ford is sponsoring clinics at US high schools, urging teens to heed traffic laws and avoid distractions behind the wheel. The auto giant, as part of its “Driving Skills for Life” program, also recently awarded $25,000 to students who created the best music video about the hazards of distracted driving.

BMW, likewise, has launched “Don’t Txt & Drive,” a series of ads dramatizing the risks of distracted driving. And the Alliance of Automobile Manufacturers, an industry trade group, is teaming with the American Academy of Orthopedic Surgeons on a similar campaign.

With efforts like these, automakers are positioning themselves as leaders in the fight against distracted driving, a problem federal authorities estimate caused 5,474 deaths in 2009—including 995 from using cell phones. Yet even as they urge drivers to focus on the road, these same companies are packing their new models with cutting-edge infotainment systems that encourage drivers to multitask.

Auto execs are counting heavily on these arresting high-tech features to boost sales to the young and the hip. David Mondragon, president of Ford Canada, put it bluntly. “The biggest turnoff to a twentysomething consumer is to put their life on hold when they sit in a car,” he said in a speech to the Canadian Marketing Association, according to an account in the Globe and Mail.

“And what does it mean to put their life on hold?” Mondragon continued. “To get disconnected when they get in the car, to have a system that will not allow you to sit there and email, read your BlackBerry, talk on the phone. So you have to have a seamless transition from your home to your transportation device, to your workspace. Or to your play space.” (Mondragon, through a spokeswoman, declined to be interviewed.)

All of this, naturally, has safety officials worried. “I’m not in the business of helping people tweet better,” groused David Strickland, head of the National Highway Traffic Safety Administration, in a speech at a national conference in June. NHTSA’s official position, backed by a body of research, is that there are three types of distraction: visual, manual, and cognitive. That is, even when a motorist is looking straight ahead, the cognitive demands of a phone conversation may cause “inattention blindness,” or a failure to respond to visual cues, because the mind is “somewhere else.”

The evidence includes a study by the Insurance Institute for Highway Safety that found that drivers are four times more likely to crash when they are talking on the phone, even when using a hands-free device.

Researchers at the University of Utah, meanwhile, have found that cellphone conversations slow drivers’ reactions as much as having a blood alcohol level at the legal limit of .08 percent. Moreover, in some fatal crashes, there is anecdotal evidence that drivers were simply talking—not dialing or groping for their phones.

With their public service campaigns highlighting distracted driving, critics say, automakers are trying to keep regulators at bay. “The best defense is a good offense,” notes Clarence Ditlow, executive director of the Center for Auto Safety in Washington, DC. “One has to watch what auto companies do, versus what they say.”

Telling customers to turn off their devices is a lost cause, industry officials insist. So they have opted to make the roads safer by offering built-in connections that are simpler and less distracting to use than a smart phone. “Given that the driver has decided they are going to do something, it’s better to be doing it with their eyes on the road and their hands on the wheel,” explains Louis Tijerina, a senior technical specialist with Ford.

Indeed, “eyes on the road, hands on the wheel,” has become something of an industry mantra—for Ford in particular. More than a marketing slogan, it presents a fundamental challenge to the long-held precept that distraction involves not only the eyes and the hands, but the mind.

The automakers draw their ammunition from competing research, largely studies by the Virginia Tech Transportation Institute, which GM and Ford recently hired to compare their built-in systems with portable devices in terms of driver safety. (The built-ins prevailed, and the companies issued press releases touting the results.)

The institute is a pioneer of so-called naturalistic studies, wherein cameras and sensors are mounted in vehicles to record what drivers were doing at the time of crashes, near-crashes, or lesser incidents such as veering out of their lane. While visual and manual tasks can be serious distractions, its studies have concluded, there is little crash risk so long as drivers keep their eyes on the road, “regardless of any other ‘cognitive demand,'” as one paper put it.

To suggest “there’s no such thing as cognitive distraction…is obviously not right.”

Nearly the entire risk, according to the institute’s researchers, stems from dialing, texting, or reaching for the gadget—almost none of it comes from talking. One institute study of commercial truck and bus drivers even concluded that wireless conversations had a “protective effect.”

To suggest “there’s no such thing as cognitive distraction…is obviously not right,” counters David Strayer, a University of Utah researcher and coauthor of the study equating cell-phone use with drunk driving. “They’re really postulating a model that would run counter to the way we, as cognitive scientists, know how the brain works.”

Even if built-in systems are safer than portable devices, the question remains whether they will be an ever present temptation that causes drivers to “spend more time distracted in some way,” says Adrian Lund, president of the insurance institute. “The honest answer is, we don’t know. This is an experiment we’re all in.”

The experiment is taking place in a regulatory vacuum. Federal safety rules dictate the minimum strength of vehicle roofs and door latches, the performance airbags, the stopping power of brakes, but automakers have carte blanche when it comes to the design of electronic systems. It’s been that way since NHTSA, a decade ago, challenged the industry to use its best judgment and do the right thing. The companies responded by developing voluntary guidelines, such as placing visual displays high enough so drivers can see them and scan the road at the same time.

The guidelines also recommend that electronic tasks should simple enough so drivers can perform them without looking away from the road for more than two seconds. In other words, complex tasks like typing in requests for directions may be locked out when the car is in motion. Even so, a car traveling at 60 miles per hour covers 176 feet in two seconds—which leaves little room for stopping if someone in front of you slams on the brakes, or a deer leaps out into the road.

Federal regulators let ”the animals get out of the barn, and it may not be possible to get them back in.”

There has never been an independent review of the industry guidelines, nor monitoring of companies’ compliance. But under Transportation Secretary Ray LaHood, who has called distracted driving “a deadly epidemic,” federal authorities are becoming more active. NHTSA, for one, is developing its own guidelines, and plans to publish the first phase this fall.

Yet some watchdogs fear regulators have waited too long to get involved. Henry Jasny, vice president and senior counsel for Advocates for Highway and Auto Safety, told me his group has been urging NHTSA to prepare for the onslaught of high-tech electronics ever since the 1990s. Now, they’ve let ”the animals get out of the barn,” he says, “and it may not be possible to get them back in.”

The best safety advice, Jasny adds, is still more or less what the old bumper sticker says: Hang Up And Drive. “We just don’t get why people should be encouraged not to pay attention to the driving task,” he says. “I understand that people get bored, they have other things they want to do, but they can pull over and do those without endangering the public.”