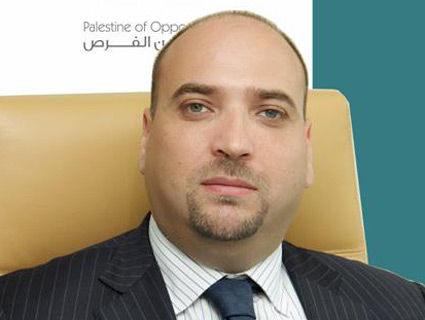 As the Arab Spring spread throughout the Middle East, the economic casualties began to mount in a predictable pattern. Trading in major Arab stock markets took a tumble. Oil prices shot up. Scores of foreign workers fled the scene.

But one Middle Eastern stock exchange managed to weather the storm.

The Palestine Securities Exchange (PEX), founded in 1995 and operating out of the northern West Bank city of Nablus, doesn’t seem at first glance like anything formidable. It posts a modest $6 to $7 million daily turnover, with fewer than 50 companies traded (among them Palestine Electric, Jerusalem Cigarette, Bank of Palestine, and Jerusalem Real Estate Investment).

But from January to April, as revolution spread throughout the region, PEX’s shares still increased 1.4 percent, surpassing the performance of nearly every major index in the Middle East and North Africa during that same period. Due to its reported growth and size, PEX is beginning to catch the attention of Western and foreign investors as one of the Middle East’s “frontier markets” and has just wrapped its second road show in London.

The exchange has also picked up endorsements from the media, including Al Jazeera English and Thomas Friedman. Having already survived the Second Intifada and the Palestinian territories’ violent economic slumps, PEX has, at least for now, established a record of successfully coping with not only local warfare and regional uprisings, but also foreign defaults and international recession.

Palestine Exchange CEO Ahmad Aweidah spoke with Mother Jones about the exchange’s place in Palestinian society, its future, and why labeling the exchange as an economic “revolution” is too simplistic. Some of the questions have been edited for clarity.

Mother Jones: With the unique economic circumstances of the Palestine Exchange and the surrounding territory, how exactly do you see your role in Palestinian cultural life?

Ahmad Aweidah: Our philosophy is that the exchange should be a platform for Palestinians all over the world, whether they be here, in the US, in Chile, in the Gulf, or in Europe. We see ourselves as a major component of the developing of the local Palestinian companies and of growing Palestinian businesses wherever they may be. So we are very open to all Palestinians and foreigners to invest or to even list their business.

MJ: People have written about your exchange as some sort of economic “revolution.” Do you actually see yourself as serving a political function, or is that an overly simplistic label?

AA: Overly simplistic. We serve a mere economic function; we serve as a conduit for channeling investment into the Palestinian economy directly and indirectly. We have [been fully operational] since 1996 and we are a privately and publicly owned company. We have absolutely nothing to do with the government. We are not an arm of the government. We are not even owned by the government. So we work as a private business and are regulated by an independent market regulator, and politics plays no role in that. Obviously, if the political situation improves, that would be very good for the exchange and for us to continue our role in the private sector. But that is what we will continue to do, regardless of what happens on the political front.

MJ: What has been done to attract American and Western investors, and why are foreign investors interested? How do you think you are viewed as a frontier market?

AA: We are one of the best frontier markets [because] our operations and technology are well within industry best practices. In fact, we supersede most Arab markets in the quality of our technology and infrastructure, and Palestine is one of the most liberal and open markets in the world. We have seen tremendous growth in foreign investment in the last three years. Palestine Exchange probably has the highest dividend yield curve of all Arabic exchanges and extremely effective evaluations of companies. We have the lowest price-earning ratio as an average when benchmarked against the other Arabic exchanges. Also, PEX has recently been upgraded by the World Federation of Exchanges from correspondent to affiliate, and we hope to become a full member in the next year or so.

MJ: Why exactly are you one of the most open and liberal markets?

MJ: How have the regional pangs of revolution and upheaval disturbed your trading? You said in Abu Dhabi recently, “We take revolution in our stride.”

“People who trade with the exchange know very well that the West Bank is not Switzerland.”

AA: Let’s put it this way: When you have come through what Palestine has come through in the last 20 years, and when you haven’t just survived but thrived, the whole concept of revolution and political uncertainty is not going to majorly affect our operations. We have always functioned under very difficult strategic circumstances. Political upheaval to us is just like bad weather to the English. It’s part of daily life, and, anyway, it has already factored into the prices of the equities. People who trade with the exchange know very well that the West Bank is not Switzerland. We have not seen major losses in trading volume or in the level of prices due to the Arab Spring, contrary to the other Arab exchanges. We are in Palestine, a country that is under occupation and one that is historically very turbulent. Remember, our last major war was only 2 1/2 years ago.

MJ: Can the same be said for international recession? Is PEX shielded from those, as well?

AA: Yes, because hot money [or money that flows regularly between markets to get the highest short-term interest rates] is not present here. Our correlation with major international and regional markets is actually negative. That’s why we tend to be a more defensive market in times of crisis. More importantly, if you look at the type of companies listed on the exchange, we have significantly smaller representation of the financial sector. Our companies provide vital services in infrastructure, telecommunications, power generation, and pharmaceuticals. They are much, much less likely to be affected by global crises and regional conflict. Because they are providing critical services for the people, and in times of war, you need your telecommunication devices even more so than in times of peace. And as for things like pharmaceuticals, people will always be getting sick.

MJ: Does this give you hope or inspire skepticism that the Palestine Exchange was virtually untouched? Won’t there be more of an international entanglement if growth persists?

AA: Yes, of course. Foreign investment has its advantages and disadvantages, but we welcome it. It does make you more vulnerable to international changes, but at the same time it increases liquidity and makes [the exchange] more attractive. So we are willing to take the good with the bad.