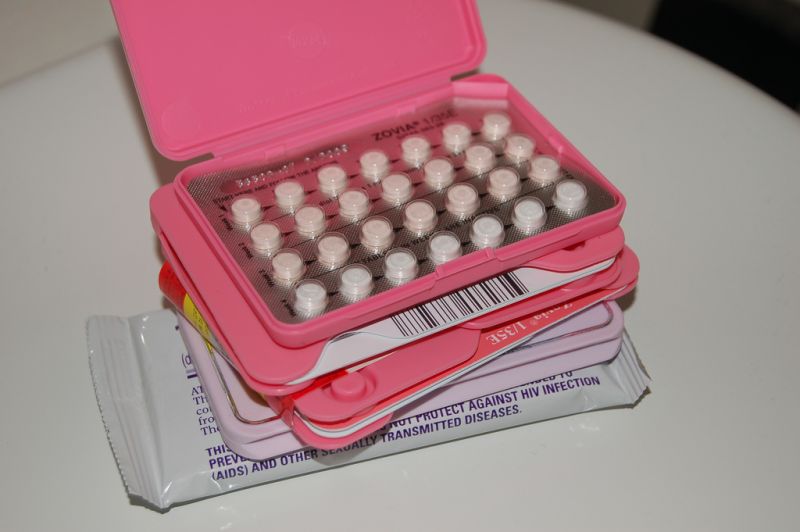 Well, this is some intriguing news. One recent study finds that your hip bones naturally widen with age, and another says weight gain can’t be blamed on the Pill. So I guess the only culprit left behind my mysteriously shrinking jeans is an overzealous dryer or plain denial, hopefully neither of which will be promptly disproven by yet another study.

The hip-related report, published in the Journal of Orthopaedic Research (PDF), found that between age 20 and age 80, most of us can expect to gain close to 1″ in our hip bones. Study co-author Laurence Dahners from the University of North Carolina told ABC that that 1″ expansion in hips correlates to a 3″ increase in waist size and a 1 lb/year weight gain. While it’s been long-known that people tend to gain weight as they age, it’s now apparent that expanding hips may play a part. The researchers were surprised by the finding, and aren’t sure exactly what’s causing the hip expansion, or how much it affects weight gain. As Dahners diplomatically put it, “We can’t say you’re not getting fat, because you might be getting fat too.”

Speaking of getting fat, another recent study found that despite many anecdotal accounts, contraceptive pills do not make women gain weight. The long-term study out of Sweden found no weight differences between women who had taken combination oestrogen-progesterone birth control pills and women who had never been on the pill. Personally, I’ve heard of (and experienced) rapid weight gain when going on the combination pill, and some women say they experienced weight gain when going off the pill. Scientists say the pill may cause temporary water retention, and possible expansion of fat cells, which can make women feel fatter, but it shouldn’t affect long-term weight. As a woman of childbearing age, what strikes me about this issue is that one of the main effects of going off hormonal birth control is an increased chance of getting pregnant. Which is a really good way to gain weight. And, you know, a baby.