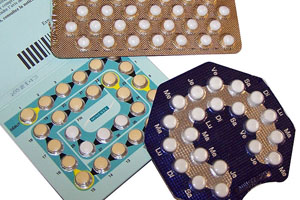 With all the speculation about what led to the current financial crisis, it’s not surprising that yet another study has linked testosterone with financial risk-taking. But this latest study, an experiment involving MBA students at the University of Chicago and Northwestern University, was a little different. It showed that some men and women had similar testosterone levels, and thus (the study’s authors found) similar levels of risk-aversion.

One thing the study didn’t look into was birth control. Most women’s contraception is hormone based, and research shows that it not only lowers a woman’s testosterone levels while she’s on it: it keeps her testosterone low years after she’s stopped. Theoretically, women who don’t use hormonal contraception will have more testosterone, and as a result, will be less risk-averse than women on the pill. And according to the new University of Chicago study, women with more testosterone are more likely to work in risky environments like an investment bank or trade floor. So maybe if 22% of US women ages 15 to 44 weren’t on the pill, there would be more women working in the financial sector. Or maybe just a lot more accidental pregnancies.