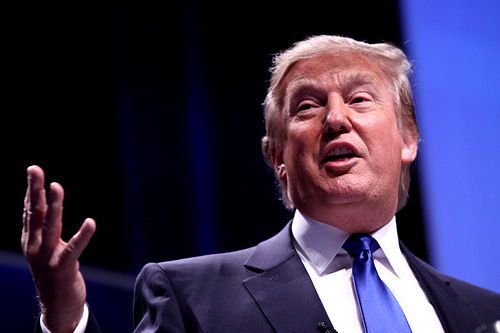 Donald Trump clearly has no intention of buddying up with the Republican establishment. With his popularity ranking the highest among Republican presidential hopefuls in a recent Gallup poll, the New York real estate tycoon on Friday took a big swipe at GOP political mastermind Karl Rove, calling Rove “a loser” and suggesting he “go into retirement where he belongs.”

Trump’s jabs at Rove were part of a longer statement to conservative news site NewsMax.com. Here’s the statement in full:

“Karl Rove is a loser. He is doing the Republican Party a great disservice by trying to stop the discussion about the president not being able to present his birth certificate to the American people—or to assure the American people as to his place of birth. This is a great issue for Republicans, and I can tell you that the president is spending millions of dollars fighting this issue and he doesn’t like it at all.

I also have great respect for the states considering legislation that would require a birth certificate, not a certificate of live birth, be mandatory in order for a candidate to appear on a presidential ballot in their state.

Karl Rove should go into retirement where he belongs. The old machinery is broken, and new and much smarter blood is needed.”

Trump’s remarks come in response to a recent comment of Rove’s dismissing Trump’s 2012 candidacy. “His full embrace of the birther issue means that he’s off there in the nutty right and is now an inconsequential candidate,” Rove recently said. For those who haven’t followed Trump lately, he has made the non-issue of President Barack Obama’s citizenship a centerpiece of his would-be campaign, going so far as to send private investigators to Hawaii to find the “truth.”

By doing so, Trump’s strategy has become plain as day: He’s tossing red meat to the hard-right, Iowa-conservative crowd who still voice doubts over whether the current president is an American citizen. (For a full dissembling of that argument, read this.) Now, by ripping into the GOP’s political guru, Trump is pushing himself ever farther to the right.