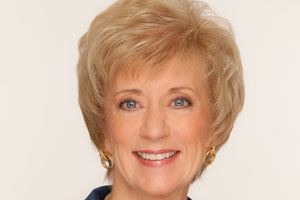 Linda McMahon, the former head of World Wrestling Entertainment, is running for the Republican nomination for Senate in Connecticut. She had a pretty good chance of winning the general election back when Chris Dodd, the Democratic incumbent, was still in the race. But Dodd hung up his hat, and Connecticut’s incredibly popular attorney general, Richard Blumenthal, announced he would run for the seat.

Right now, Blumenthal looks close to unbeatable: he leads McMahon and the other two GOP candidates, former congressman Rob Simmons and investment manager Peter Schiff, by over 20 points in the polls. So instead of fighting it out for a very good shot at Dodd’s Senate seat, the three Republicans now seem to be battling for an opportunity to run as a massive underdog to Blumenthal. But the primary still seems set to be a knock-down drag-out contest. This story, from the New London Day, won’t help McMahon any:

In December 1989, as federal investigators were zeroing in on a Pennsylvania doctor who would soon be convicted of selling steroids to professional wrestlers, Linda McMahon sent a confidential memo to a fellow executive at Titan Sports, the family company that operated what was then known as the World Wrestling Federation.

The WWF, she wrote, should alert Dr. George T. Zahorian III that a criminal investigation could be heading his way, according to court documents reviewed by The Day.

“Although you and I discussed before about continuing to have Zahorian at our events as the doctor on call, I think that is now not a good idea,” McMahon wrote in the memo. “Vince agreed, and would like for you to call Zahorian and to tell him not to come to any more of our events and to also clue him in on any action that the Justice Department is thinking of taking.”

Some time that month, not long before Zahorian was arrested and charged with illegally selling steroids, federal prosecutors alleged that an unnamed Titan Sports official called the doctor and instructed him to “destroy any evidence of his contact with WWF or WWF wrestling personnel.”

The rest of the report is here. It’s good to see medium-sized newspapers like The Day still doing important political reporting. I’m looking forward to seeing what the paper can dig up on the other candidates.