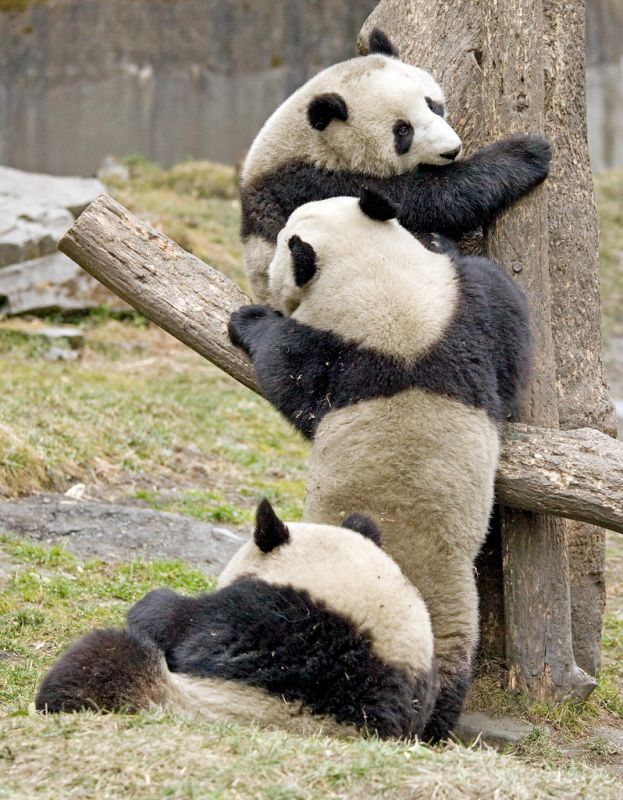 Right now, China-Japan relations are not exactly warm and fuzzy. The two countries share thousands of years of history, some of it involving war, and this weekend there were protests throughout Japan after a Chinese captain allegedly used his boat to ram two Japanese coast guard ships near the Diaoyu/Senkaku Islands, which both countries lay claim to. The Chinese captain was under arrest, but Japanese authorities released him and refuse to release video of the incident, sparking thousands of Japanese to take to the streets.

Another spanner in the works: the death of a panda in a Japanese zoo was determined to be a result of “human error.” Oji Zoo panda Kou Kou was having semen extracted when material from his stomach went into his lungs, asphyxiating him. The inhalation of vomitus is called aspiration asphyxia, and it’s the reason doctors tell you not to eat before a procedure. If you regurgitate while unconscious, on your back, whatever you ate will be breathed into your lungs, blocking the airflow and possibly killing you. Japan must now pay China around $500,000 for the death of Kou Kou, and it’s unknown if the incident will affect a July deal in which China will rent two pandas to the Ueno Zoo in Tokyo in exchange for about $1 million a year. Pandas are notoriously bad at breeding in the wild, but have tremendous appeal for zoo visitors. While some have suggested we let the panda go extinct, the animal remains a diplomatic tool for China, even in tense times. China is recently ran a contest for six people to become “Pambassadors”: panda ambassadors who will spend a month working at China’s Chengdu panda reserve. One of the six Pambassadors is a Japanese woman. Seems like she may have a harder job than she originally signed up for.