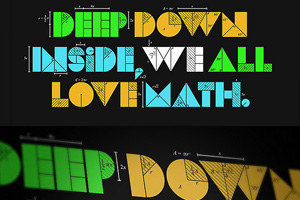 Democrats appear poised to suffer major losses in next Tuesday’s midterm elections. Polling guru Nate Silver puts the over-under for the number of seats the Dems will lose in the House at 51—12 more than they need to lose control of the lower chamber. But some liberals are still hopeful that the Dems will hold on to a small majority—and that a smaller, more ideologically coherent Dem caucus will be more successful. The Nation‘s Ari Berman summarized this argument in a New York Times op-ed on Sunday (Digby agrees with him):

Democrats would be in better shape, and would accomplish more, with a smaller and more ideologically cohesive caucus. It’s a sentiment that even Mr. Dean now echoes. “Having a big, open-tent Democratic Party is great, but not at the cost of getting nothing done,” he said. Since the passage of health care reform, few major bills have passed the Senate. Although the Democrats have a 59-vote majority, party leaders can barely find the votes for something as benign as extending unemployment benefits.

A smaller majority, minus the intraparty feuding, could benefit Democrats in two ways: first, it could enable them to devise cleaner pieces of legislation, without blatantly trading pork for votes as they did with the deals that helped sour the public on the health care bill. (As a corollary, the narrative of “Democratic infighting” would also diminish.)

I beg to differ. In the House, you need 218 votes to pass legislation. A smaller caucus may be more ideologically coherent. But the person who is the 218th vote on any given piece of legislation still holds the most power. With fewer conservative Dems to choose from as potential 216th, 217th, and 218th votes, the conservative Dems that remain will have even more power than they have now. If you’re talking about things like messaging and narrative, having a smaller majority might be better (and being in the minority might be best). But if you’re talking about passing legislation, each additional Democratic vote beyond 218 reduces the leverage of any potential holdouts.*

Of course, none of this is likely to matter, since the Dems will almost certainly lose the House. When you’re not in the majority, you don’t have to worry about catering to the whims of moderates at all!