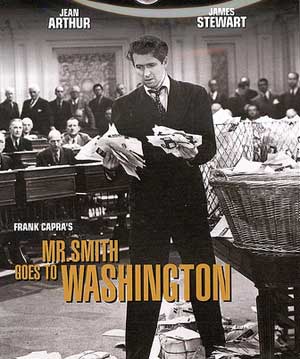 The Huffington Post‘s Sam Stein had a good story on Tuesday about Republican leaders—Republican Governors Association head Haley Barbour, House GOP Whip Eric Cantor (R-Va.), and Republican Senatorial Campaign Committee chief John Cornyn (R-Tex.)—throwing cold water on the idea that they’re going to be able to get much done if they win back the House and the Senate. I was especially struck by this quote from Sen. Cornyn:

“Even if we controlled the House, unless we controlled the Senate and got 60 votes, we wouldn’t be able to pass any corresponding legislation in the Senate,” said the Texas Republican. “So I think, we need to keep expectations, again, fairly modest as far as what we can do over the next two years.”

In case you missed it, that was a top Senate Republican acknowledging that the filibuster is going to present huge problems for them in passing legislation if they are able to take back the Senate. (The GOP taking back the Senate, by the way, is more likely than you think.) Cornyn has an interest in keeping expectations modest because, until Barack Obama and his veto pen are out of the White House, the Republicans are going to have to work with him to get anything done. Even so, Obama’s obviously going to block the GOP’s most radical goals. That’s probably why they’ve already decided the aim of the next two years will be to “make it a one-term presidency.” If Republicans take back the House and/or Senate, most of their time will be taken up doing things that aren’t filibusterable—like launching bogus investigations into everything remotely connected to the scary New Black Panther Party.

Although I wouldn’t put it past the Republicans to use the “Constitutional option” to eliminate the filibuster if they take back the majority—and would support their efforts if they tried—I doubt they’ll do it while Obama’s in the White House. President Palin is a whole other story. But until she (or another Republican) is living in 1600 Pennsylvania Ave., the filibuster is probably going to be a fact of life. The Dems just don’t have the stomach for that kind of procedural reform.