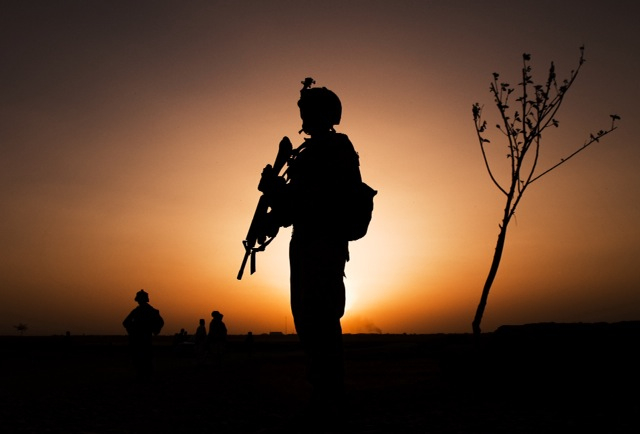 When Republicans successfully mustered their entire caucus to block an up-or-down vote on “Don’t Ask, Don’t Tell” on Tuesday, they were blocking a heck of a lot more. The National Defense Appropriations Act of 2011 wasn’t just about DADT, or the immigrant-friendly DREAM Act, or even the DOD budget: Its more than 3,500 provisions set out an ambitious (largely progressive) agenda for the most powerful government agency in the world. As the party of “Hell no!” tries to convince voters that it has an affirmative vision for America, here’s a look at just a few of the other rules Republicans didn’t want to become the law of the land—from combating contractor corruption and reducing Uncle Sam’s foreign footprint, to going green and caring for wounded warriors:

Now, all these provisions might leave you with the impression that congressional Democrats were trying to ram through a “liberal” bill with no GOP input. That’s certainly what Republicans would like you to believe. Take Sen. Susan Collins (R-Maine), who marched in step with her party comrades Tuesday. In a floor speech, she called repealing DADT “the right thing to do.” BUT! “But I cannot vote to proceed to this bill under a situation that’s going to shut down the debate and preclude Republican amendments,” she added. “That, too, is not fair.”

Except Republicans did get plenty of say on this bill. That’s how we got amendments like these:

Because what displaced Haitians really need right now is to see Old Glory flapping in the breeze from, you know, somebody else’s enclosed shelter.

In the end, even these concessions weren’t enough for Republicans to allow a majority vote on the overall bill. Why? Notwithstanding the posturing of “moderates” like Collins, it all comes back to one 573-word provision tucked into this 190,655-word bill. That provision, comprising three-tenths of 1 percent of the National Defense Authorization Act, is Section 536: “Department of Defense policy concerning homosexuality in the Armed Forces.”

We have this to be thankful for, at least: Conservatives have made it clear where their legislative priorities lie.