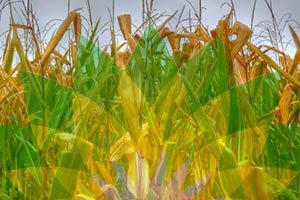 Unfortunately, this idea is precisely wrong. Switching from oil to ethanol to save the Gulf would be like switching from cheeseburgers to cocaine to save your heart. Agricultural runoff from ethanol production fuels the Gulf’s Dead Zone, a New Jersey-sized pollution plume that may be worse for the marine environment in the long run than BP’s oil.

The Dead Zone is created when algae spawned by river-borne fertilizer sucks the oxygen out of the water, killing off shrimp, crabs and any other marine creatures that can’t escape. This summer, the Dead Zone will cover up to 8,500 square miles of ocean from Alabama to Texas. That’s about a third the area now covered by BP’s oil gusher, but the long-term effects could be worse: The Dead Zone has doubled in size since the 1980s and returns every year to ravage crucial parts of the ocean’s food chain.

The destruction caused by the Dead Zone means that our increasing ethanol dependence will only throw salt on the Gulf’s ecological wounds. According to the San Francisco Chronicle, Congress’ 2007 renewable fuels standard requires ethanol production, which already consumes a third of the nation’s corn, to triple in the next 12 years. A 2008 National Research Council report warned that the change could cause a “considerable” increase in damage to the Gulf.

And ethanol’s environmental toll doesn’t stop at the shore. A recent study found that dead zones also contribute to global warming—another indication that biofuels, in addition to driving up food prices and causing deforestation, do more to harm the climate than help it.