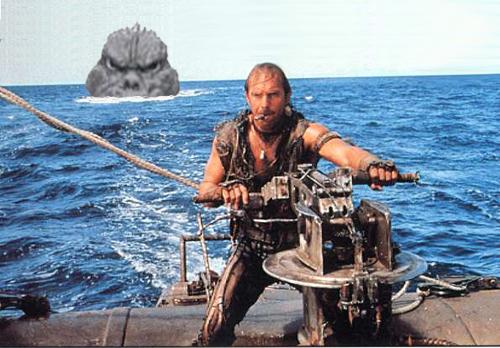 Kevin Costner, best known for his role in Bull Durham (or Dances with Wolves, or Waterworld, depending on whom you ask), will appear before a House panel today to discuss the need for research and development of technologies to clean up oil spills, in light of the ongoing disaster in the Gulf of Mexico.

At first blush, it might seem rather strange to invite Costner to this hearing, rather than, I don’t know, one of the 92,000 members of the Society of Petroleum Engineers. But Costner has invested $24 million in oil-spill technology over the last 15 years. And yes, 15 years ago was when the post-apocalypse epic Waterworld was released. The research he funded for Ocean Therapy Solutions has created a centrifuge that can separate oil from water (see a demonstration here). In fact, his solution seems a lot more credible than some of the bizarre ideas we’ve heard from BP in the past seven weeks, a company that clearly was not prepared to deal with this catastrophe. Costner, meanwhile, has been preparing for this for years. BP approved the device last month for use in the Gulf.

I’ll be live-Tweeting from this morning’s hearing, which you can follow here: