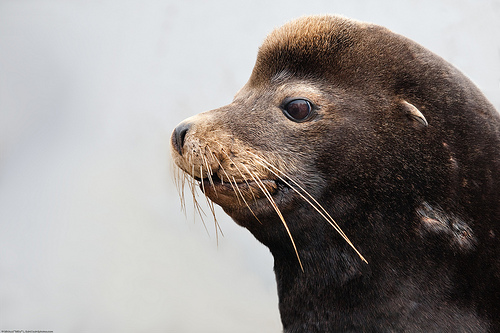 There’s mounting evidence that federal regulators at the Minerals Management Service were paying zero attention to the oil industry, particularly when it came to authorizing oil spill response plans. Case in point: BP’s Oil Spill Response Plan for the Gulf of Mexico lists sea lions, seals, sea otters, walruses in its evaluation of how a spill might affect local wildlife. The problem? None of these critters live in the Gulf.

And that’s just one of numerous errors in BP’s 583-page plan identified by Public Employees for Environmental Responsibility (PEER). Evidently the MMS officials responsible for approving the plan, which was filed June 30, 2009, didn’t give it the same scrutiny.

PEER also noticed that the plan:

Here’s that home shopping site if you’re looking for a deal.

On a more serious note, PEER notes that the plan’s “Worst Case Discharge” portion “features wildly optimistic projections” about the maximum size of an oil spill. It also assures that within hours of an incident, BP has the “personnel, equipment, and materials in sufficient quantities and recovery capacity to respond effectively to oil spills from the facilities and leases covered by this plan, including the worst case discharge scenarios.” Clearly, that is not the case.

(If you appreciate our BP spill coverage, please consider making a tax-deductible donation in support.)