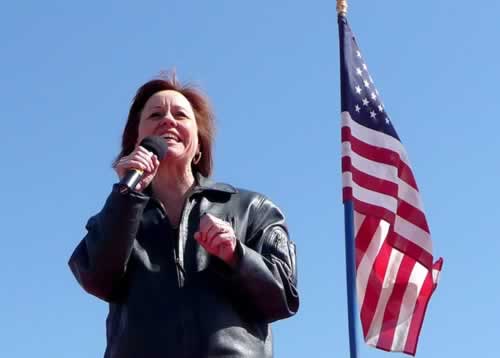 Angle’s rise can be attributed to a number of sources. The Tea Party darling’s campaign has been outright bashing Sue Lowden’s conservative cred, running ads that say she supported state spending increases, raised taxes, and even, god forbid, backed Harry Reid. (Lowden refutes these claims.) Lowden herself hasn’t been helping her cause, either: There was Chickengate; then Tarkanian accused her of breaking campaign finance law by accepting an RV from a donor; and more recently she pulled a Rand Paul by stumbling when asked about her views on the Civil Rights Act. (She failed to answer the question, then released a statement afterward saying, yes, she supports it.) Not that Angle has been without controversy herself—she’s taken heat for alleged ties to the Church of Scientology.

One of the biggest causes for Lowden’s plummet, though, has been Harry Reid. As Reid’s campaign sees it, they’d much rather face Sharron Angle, a more controversial and less established figure, then Lowden, a creature of the GOP establishment. Reid’s team has unleashed a barrage of attacks on Lowden, doing everything they can to sink her run for the GOP candidacy this fall and open the door to Angle. “[Angle is] the most polarizing,” said Mason-Dixon polling director Brad Coker. “She’s clearly the most conservative. But that 20 percent of independent voters are the ones who are going to decide this election. And it’s easier for them to pick a Lowden or even a Tarkanian.”

Which is to say, out in Nevada, the Tea Party might win the primary battle, but if they do, odds are Harry Reid will win the war.