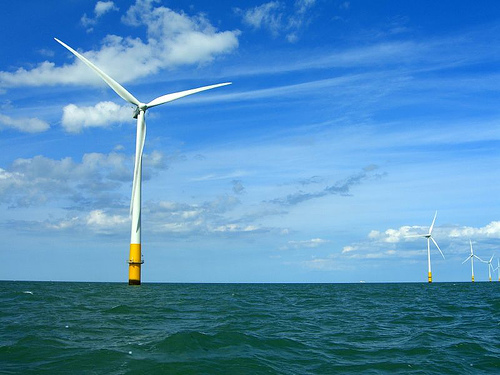 In what environmental activists are calling a “huge victory for clean energy,” Interior Secretary Ken Salazar announced on Wednesday the approval of the Cape Wind project. The announcement ends nearly a decade of debate over whether to build the 24-square-mile project in the Nantucket Sound, and launches the nation’s first offshore wind farm.

“This will be the first of many projects up and down the Atlantic coast,” said Salazar, adding that it will help the country “build a new energy future.”

He acknowledged that the decision “has not been a easy one,” citing the concerns of local Native American tribes that the proposed wind farm would disrupt their ritual of greeting the sunrise and impose on ancestral burial grounds. In order to address some of those concerns, the number of turbines planned for the sound will be reduced from the original proposal of 170 to 130, and more archaeological surveys of the area will be done to “minimize impacts,” Salazar said.

“There is no question that the review of the project in my mind has been thorough,” he said, noting that the project has been under review for nine years. “There is no reason a offshore wind project should take a decade to be approved,” he added.

The project’s approval was especially salient in light of the current drilling catastrophe off the coast of Louisiana, where the Coast Guard today announced that it is planning to light the oil spill on fire in order to protect the sensitive coastline. The spill has sparked concerns over the administration’s plans to expand offshore drilling, which Salazar and President Barack Obama announced last month.

The juxtaposition didn’t seem lost on Salazar. “Cape Wind is the opening of a new chapter,” he said.

UPDATE: Cape Wind president Jim Gordan issued a statement that he hopes “to begin construction of Cape Wind before the end of the year.” “Going first is never easy and Cape Wind is proud of the role we played in raising awareness for what will become a major component of our energy future and in helping the United States develop a regulatory framework for this new exciting industry,” Gordan said.