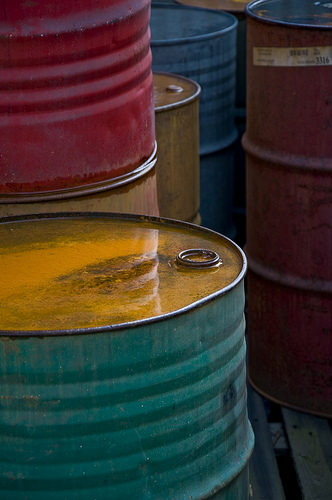 Another reason to end our dependence on oil? Not only is our thirst for oil helping fill Iran’s coffers, but the US military this week signaled that it’s growing more concerned that there simply won’t be enough oil available in the near future, which could fuel conflict and instability around the world.

A report from the US Joint Forces Command projects significant oil shortages by 2015. Via The Guardian:

“By 2012, surplus oil production capacity could entirely disappear, and as early as 2015, the shortfall in output could reach nearly 10 million barrels per day,” says the report, which has a foreword by a senior commander, General James N Mattis.

It adds: “While it is difficult to predict precisely what economic, political, and strategic effects such a shortfall might produce, it surely would reduce the prospects for growth in both the developing and developed worlds. Such an economic slowdown would exacerbate other unresolved tensions, push fragile and failing states further down the path toward collapse, and perhaps have serious economic impact on both China and India.”

“One should not forget that the Great Depression spawned a number of totalitarian regimes that sought economic prosperity for their nations by ruthless conquest,” it points out.