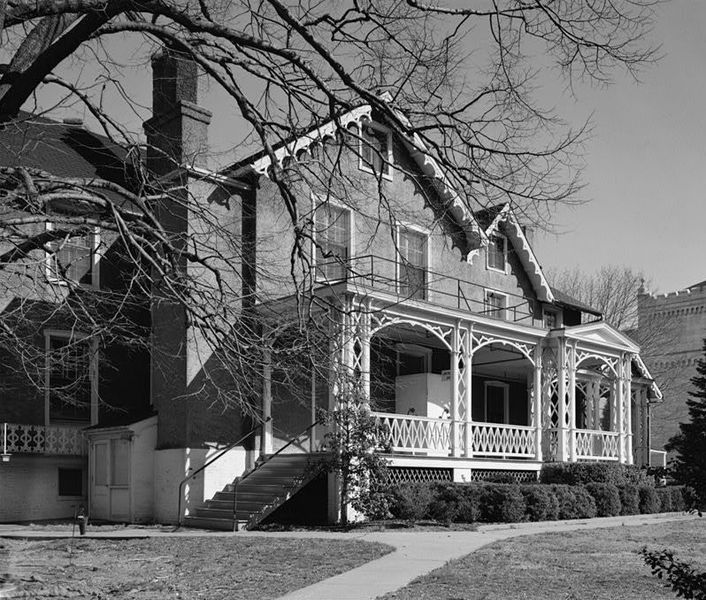 We used to know how to live well with less energy. Take Lincoln’s Cottage at the Soldiers’ Home, where the president retreated from the heat of Washington DC—literally and figuratively—for three summers of the Civil War, and where he wrote the second draft of the Emancipation Proclamation. From June to November, 1862 through 1864, this cottage kept Lincoln cool.

How? First off, reports Saqib Rahim for Earth News, prior to air-conditioning, people actually thought about where they built their homes to capitalize on natural features like breezes. That meant taking into consideration trees, hillsides, sun, and shade.

The Cottage at the Soldiers’ Home has been recently renovated as a National Trust historic landmark and the decision was made to maintain its 19-century cooling technologies. These read like a list of once-common sense that suddenly evaporated with the advent of air conditioning. The builders relied on smarts not watts. Some of their techniques included:

These are smart passive technologies we should consider as requirements in modern building design. Let’s start with shutters—no, not those useless anachronisms flanking modern windows that do nothing except need paint. Real shutters, the kind that open and close, are a great way to moderate sunlight and reduce heat. Let’s pair them with hinges again.

The National Trust for Historic Preservation, which restored Lincoln’s neglected cottage and opened it to the public last year, is seeking a LEED label (Leadership in Energy and Environmental Design) from the US Green Building Council. They believe old innovations deserve recognition too.  >