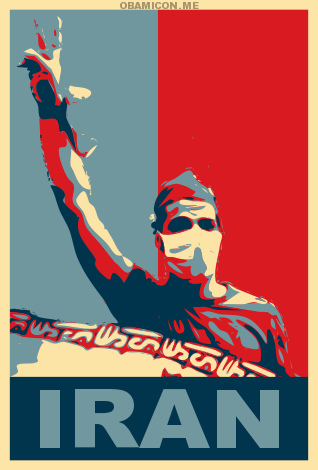 Following on my previous post about Grand Ayatollah Hossein Ali Montazeri’s letter to the Iranian people in support of the protesters now crowding the streets of Tehran, Bloomberg has an interesting piece on the tensions between the “supreme leader” of Iran’s clerical establishment, Ayatollah Ali Khameini, and Iran’s former president, Akbar Hashemi Rafsanjani. Though neither man stood for election, the resulting furor over the results has increasingly pitted them against one another as the battle has been joined for the future of Iran. And it is tensions like these, between leaders of the ruling class that fomented the 1979 Revolution, that are now undermining the government’s ability to control events. “The divisions within the ruling elite in Iran are making it very hard for the authorities to crack down decisively,” Iran expert Mohammed-Reza Djalili told Bloomberg. “The divisions are getting deeper and deeper.”

Meanwhile, at his special Friday sermon in Tehran (see Mother Jones‘ Kevin Drum and Steve Aquino for more), Khameini declared an “absolute victory” for Ahmadinejad, telling worshippers that Iran’s president won by 11 million votes. A decision on a recount is due to be reached on Sunday, reports The National. It’s unclear what impact Khameini’s statement might have on the opposition, but massive protests are again being planned for this weekend.

More on Khameini’s sermon from NPR:

“If the difference was 100,000 or 500,000 or 1 million, well, one may say fraud could have happened. But how can one rig 11 million votes?” he said during Friday prayers at Tehran University, adding that the “legal structures and electoral regulations of this country do not allow vote rigging.”

“Some of our enemies in different parts of the world intended to depict this absolute victory, this definitive victory, as a doubtful victory,” he said, repeating a claim that foreign media and governments – specifically in the U.S. and Great Britain – were to blame for the week of unrest following the vote.

“It is your victory. They cannot manipulate it,” he said.

Khamenei also issued a thinly-veiled threat, saying that leaders “must be determined at the ballot box … not in the streets.”

“If there is any bloodshed, leaders of the protests will be held directly responsible,” he said.