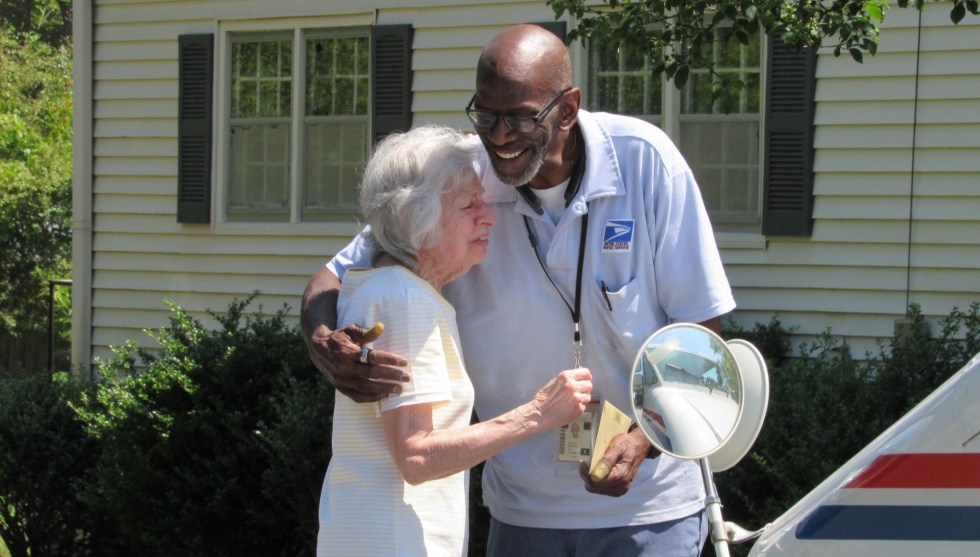 When Floyd Martin set out for his final postal run in Marietta, Georgia, he didn’t expect mailboxes decorated in his honor. Or children and families and family pets waiting to say goodbye to him. Or, at the end of his route, a block party with hundreds of people from the community celebrating his retirement.

Martin, 61, had delivered mail to the Marietta neighborhood for nearly 35 years. He often went above and beyond, carrying newspapers to the steps for elderly residents, stopping in for a moment to talk to new moms juggling diapers and laundry, and handing out treats to the dogs and lollipops to the kids.

Standing at the surprise celebration, Martin said he was filled with joy and gratitude, the Atlanta Journal-Constitution reported.

“My parents died. My fur babies died. I lost most of my friends,” Martin told the assembled neighbors. “You were there when I needed you, even if you didn’t know it. Thank you for caring about me.”

Martin decided to retire after enduring the heat of last summer. His dream has always been to go on vacation to Hawaii. After his story went viral on Twitter, hundreds of people helped chip in for some of the costs. Delta even offered him a free ticket.

Families urged him not to leave their community behind, to return for an annual food festival and other events.

Thanks to reader Liva Judic for the story suggestion.

Here are some more Recharge stories to get you through the week: