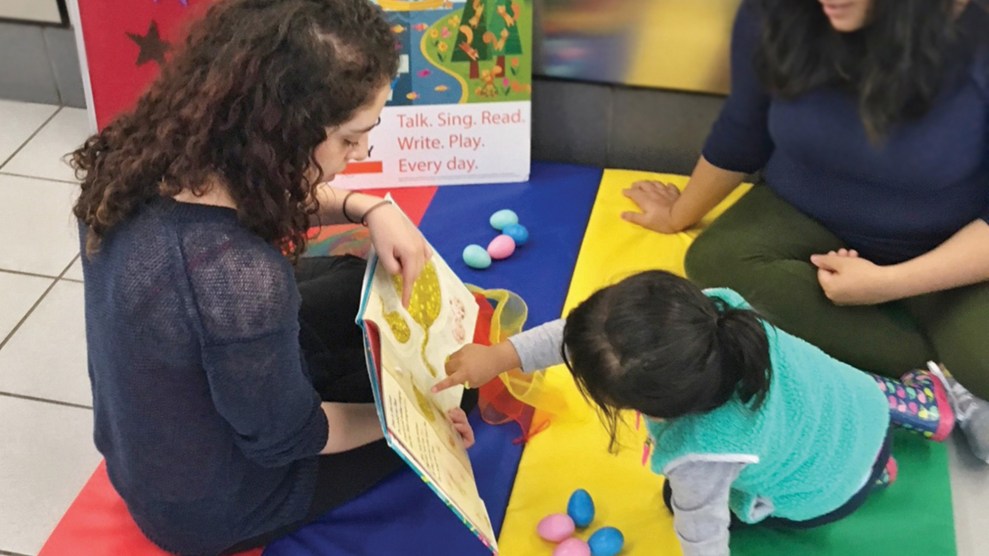 As a kid, when my family had a few particularly rough years, we had to make weekly, sometimes soul-crushing visits to the laundromat. Sitting on the hard plastic seats, we’d thumb through old copies of Grit magazine, an illustrated Bible, or the first volume of an encyclopedia, the one you could buy for a penny.

The laundromat was a few steps down in a strip mall from a pay phone—the closest thing our family had to a regular number.

In those days, my little brother and sister and I would have greeted librarian Elizabeth McChesney with joy. McChesney began visiting Chicago laundromats in 1989, with books in tow. She found kids who were unlikely to attend storytime at a branch library but were eager to hear her read as the washers whirred. Her efforts helped inspire a nationwide initiative to bring libraries to laundromats.

Today, thanks to the work of McChesney and a broad-based coalition of nonprofits, thousands of families are benefiting from storytimes and bookshares in laudromats across the country. Adam Echelman, executive director of Libraries Without Borders, a nonprofit that aims to bring knowledge and information to those most in need worldwide, says, “You’re able to hold programs at a time and place that really meets people where they are. You have a captive audience, families return weekly, and it’s open all the time.”

Echelman’s group is part of a coalition working to form laundry literary groups nationwide. “Another thing is that most people don’t go to a laundromat outside of their neighborhood, so you’re working really locally,” he adds.

“Families are now changing their behavior, showing up to do their laundry when the library is going to be there,” McChesney, now director of Chicago Public Library’s children’s services and family engagement, told American Libraries magazine last month. “One little boy just recently said: ‘Let’s do laundry every day, Mom!’”

Thanks to Recharge reader Laurie Putnam for this story suggestion.

Here are some more Recharge stories to get you through the week: