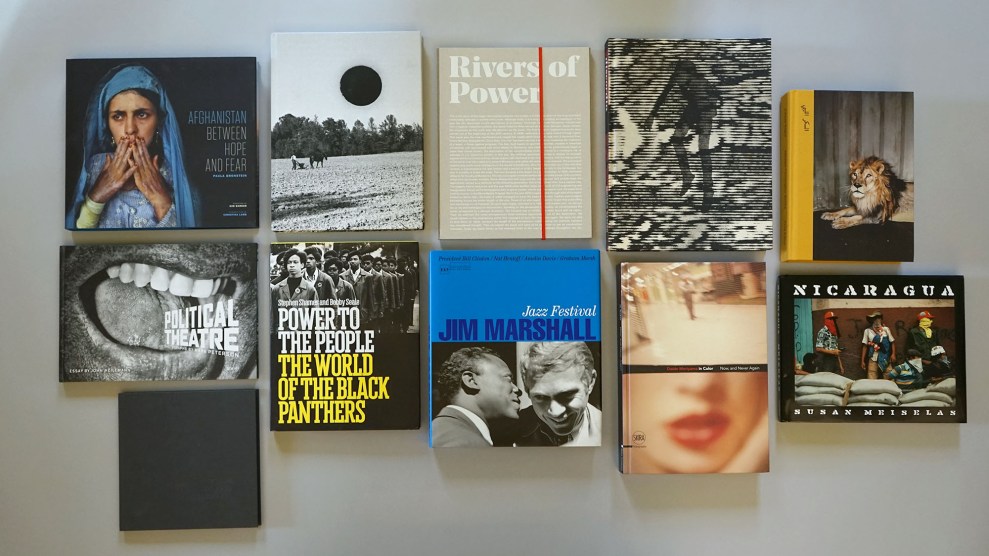 Here’s a look at some of my favorite books that crossed the Mother Jones photo desk this year. I hesitate to call this list “the best photo books of the year” because I’ve only seen a fraction of what was released. As more photo books are published each year, it’s tough to keep up. And by all accounts, it was another banner year with plenty of excellent retrospectives and reprints of classics. Below is a sampling of the books that caught—and kept—my attention. 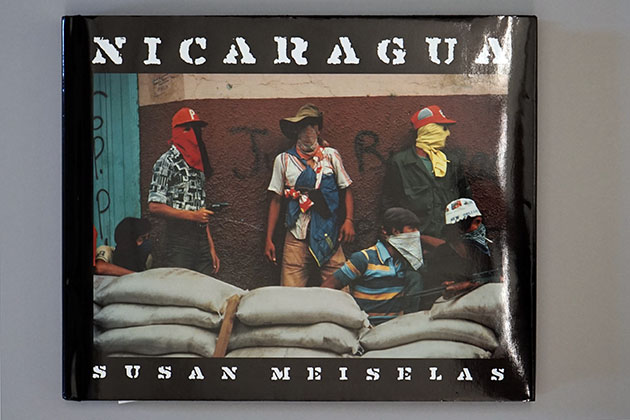 NICARAGUA – Susan Meiselas (Aperture)
This year, more out-of-print, influential books got the reprint treatment. Among those is Meiselas’ seminal body of work on Nicaragua. While the photos and the book as a whole easily hold up as masterful work, its importance when it was first published in 1981 can’t be understated. An extensive addendum at the end of this book—a timeline of events, extended captions, and a great interview between Meiselas and Kristen Luben—reinforce and underscore Nicaragua‘s impact. As hard as it is to believe now, one of the biggest knocks against Meiselas’ work in Nicaragua was that it was shot in color, something no serious war photographer would do at the time. This book is easily worthy of the classic status it’s earned over the years and this reprint is a triumph for photo book lovers, who can now once again get their own copy. 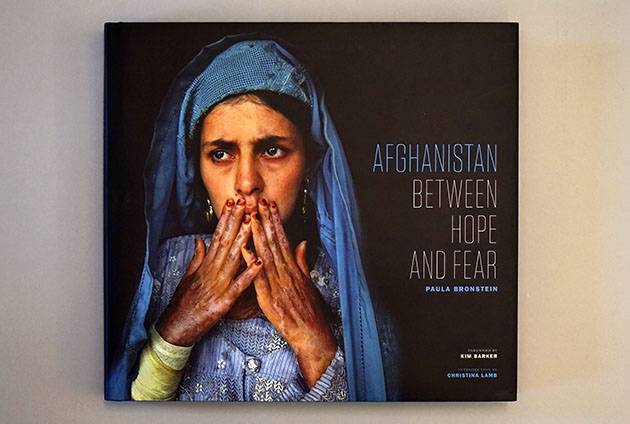 AFGHANISTAN: BETWEEN HOPE AND FEAR ­– Paula Bronstein (University of Texas Press)
Since first traveling to Afghanistan in 2001, Bronstein has kept exploring the immensely complex country. While nearly everyone’s attention has shifted to other parts of the world, Between Hope and Fear shows that Afghanistan is still a deeply troubled country that is also pushing hard to emerge from decades of war. It’s an admittedly tough book. Bronstein shares what she sees, no punches pulled. Given the scant attention given to Afghanistan now by most media outlets, and the lack of appetite in the United States for showing hard images, Bronstein’s approach feels a bit bracing, like a sharp blast of cold water. That’s not a bad thing. It’s not a total horror show, though, as Bronstein includes plenty of elements of hope and vignettes of playful daily life as well. 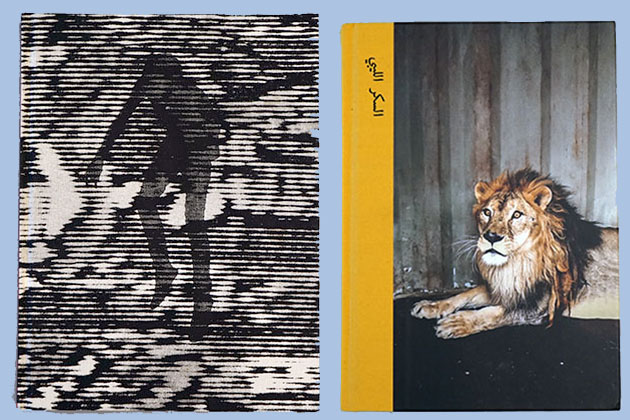 DISCORDIA – Moises Saman (Self-published)
LIBYAN SUGAR – Michael Christopher Brown (Twin Palms)
Here we have two Magnum Photos photographers who are roughly the same age and documenting aspects of the Arab Spring, beginning in 2011. Both books are excellently done, though they strike very different tones. Brown’s Libyan Sugar takes a more personal approach, incorporating emails and texts Brown made to his family while he covered the overthrow of Libya. The personal tone is reinforced by Brown’s use of the iPhone as his primary camera. All the photos have the familiar square crop, giving them an almost snapshot feeling. You feel Brown age over the course of this work. Brown’s readers get an intimate look at what it is to be a war reporter. They see the messages that Brown sent to his parents reassuring them that he’s safe, alongside horrific images from the battlefield he witnessed around the same the time. Meanwhile, Moises Saman’s Discordia lives up to its title. The images rattle out through the pages, some as giant fold-out spreads, giving a different kind of firsthand feeling. The mix of images build a feeling of disquiet. Saman’s volume is a whirl of black-and-white and color images, landscapes and intimate dinners, plus seemingly random photos shot on the streets, chaos all around. The discord on the book pages echoes the upheaval an ordinary person might feel living in a city shaken up by revolution. It’s a terrific book by one of the best photojournalists working today. Each are wonderful books, and together they deliver an unparalleled representation of what it’s like to cover the Arab Spring.

GROUND – Bill McDowell (Daylight)
A simple but effective book, Ground showcases “discarded” images from the Farm Security Administration’s project documenting American life in the 1930s and ’40s. These photos were permanently marked as rejects by a hole punch in the original negative. The black circle haunts each image of everyday life in rural America captured (and rejected) by FSA photographers. Read our full review here. 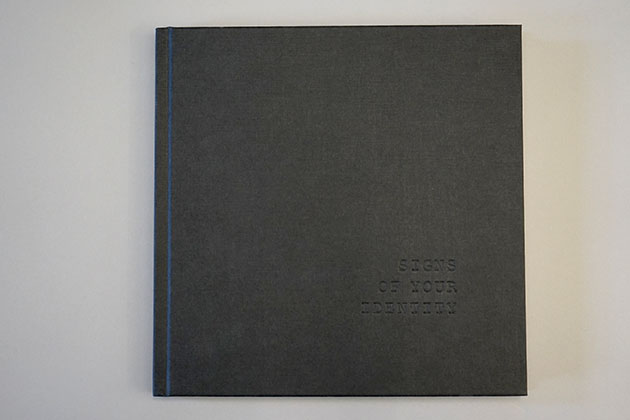 SIGNS OF YOUR IDENTITY – Daniella Zalcman (FOTOEvidence)
Don’t let the understated cover fool you. The work inside this small book is smart and powerful. A winner of the FOTOEvidence book award, Zalcman’s project uses double-exposures to explore the lives of Canada’s First Nations people who were forcibly removed from their homes and put into reeducation residential schools. It’s a tough subject to tackle photographically and isn’t something that’s been adequately addressed in the mainstream media. The story still feels underreported. The clever layout features a portrait printed on translucent paper laid over a landscape image. The photo is accompanied by information on each person, along with a bit of what they remember about spending time in the schools and how it affected their lives. Rather than feeling gimmicky, it gives readers more to digest as they go through the book. It’s one of those rare books that combines smart execution with excellent photography, really elevating the work. It’s worth mentioning that just about each year one of FOTOEvidence‘s books makes this list. As the appetite for hard social documentary photography has seemed to dwindle, at least in major print media,  FOTOEvidence continues to publish and support tough but important work. By publishing challenging subject matter as books, FOTOEvidence gives these topics the deeper context they often require. 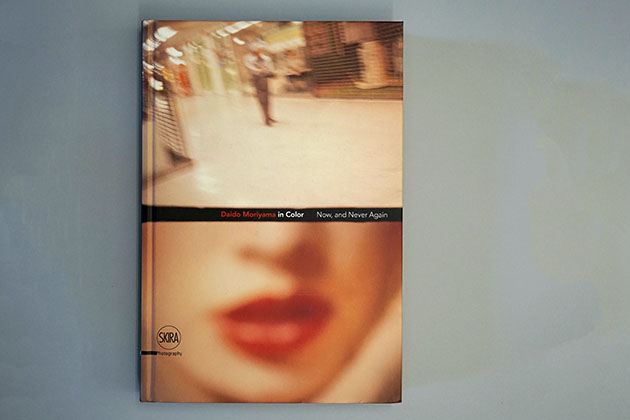 IN COLOR: NOW AND NEVER AGAIN – Daido Moriyama (Skira)
Moriyama is a hugely influential Japanese photographer whose prolific output of photo books features his signature chaotic, grainy, black-and-white styles. Keeping up with the sheer volume of his work is a challenge. In Color caught my attention simply because it’s a collection of Moriyama’s color work, something of a rarity. Though different from his black-and-white photography, the color work here nonetheless has a style that feels very Moriyama. Hundreds of disjointed, sometimes blurry photos all have a desaturated touch. It feels a little like being plunged into a sweaty, anxious dream. Like all of Moriyama’s work, it can feel both overwhelming and haphazard, but those two qualities are what keep readers coming back. Each time you open the book, it’s a different journey. 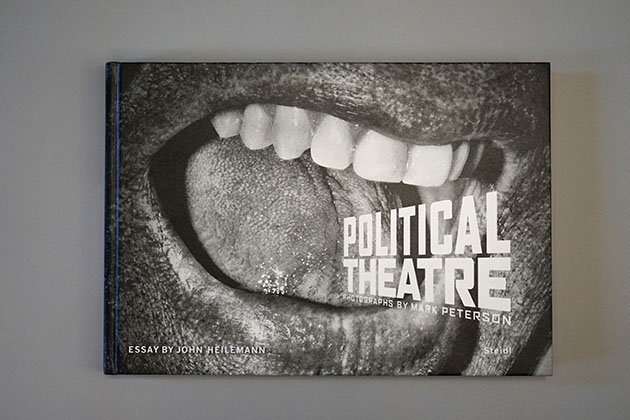 POLITICAL THEATER – Mark Peterson (Steidl)
The stark, dark tone in Peterson’s photos, documenting the 2016 election, have a foreboding quality about them. This is not the bright, triumphant red, white and blue photos so often seen on the campaign trail. Peterson opted to cover the election in black and white, using a harsh flash. Given the many ugly episodes on the campaign trail, this body of work captures the true spirit of the 2016 election. It’s always a bit risky taking on such a unique style in your photography. However, when it’s done well and matches the subject matter so well, it makes the photography more than an act of documentation. It helps bring the emotion the photographer sees to the reader. 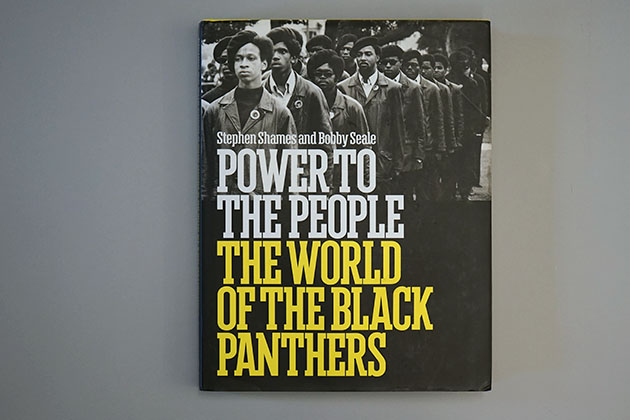 POWER TO THE PEOPLE – Stephen Shames (Abrams)
This is an unbelievably up-close, behind-the-scenes documentation of the Black Panthers at their peak. Nearly every iconic image of the Black Panthers you recognize came from Shames working side by side with Bobby Seale. Read a full review here. 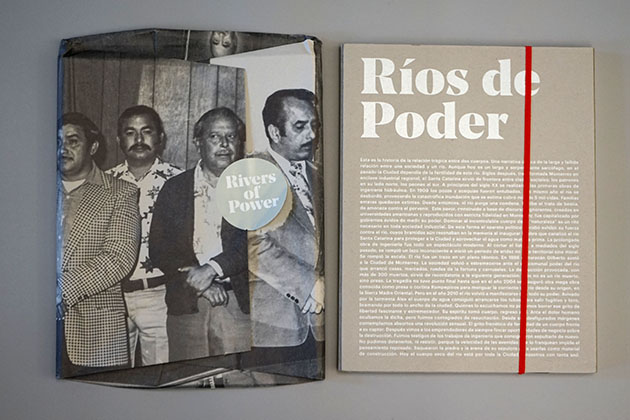 RIVERS OF POWER – Alejandro Cartagena (Self-published in conjunction with Newwer)
Using archival images with his own photographs, in this book Cartagena explores a “failed relationship between a society and a river.” The river in question is the Santa Catarina River in Monterrey, Mexico, which historically divided upper and lower classes in the city and, more recently, has been exploited as a “captive river” that refuses to behave. That may sound a bit heady, but the photos and the book as a whole draw you in, given Cartagena’s smart use of otherwise mundane archival images. Put in the context of this book and coupled with his own recent images of the river area, the older photos carry a corruptible, sinister weight. It’s a great example of using photography as a tool for investigative journalism, not something many people can do successfully. 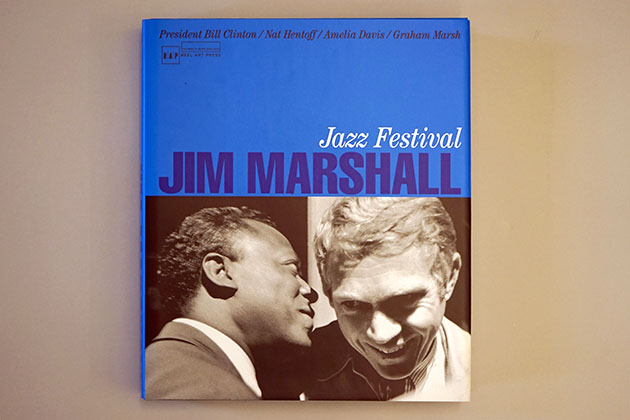 JAZZ FESTIVAL – Jim Marshall (Reel Art Press)
This is, more or less, a complete collection of Marshall’s photos from the Monterrey and Newport Jazz Festivals up through 1966. In this volume, one of the best music photographers, known more for capturing the ’60s rock scene, turns his eye on jazz. The shots of the musicians performing are great, but one of the best things about Marshall’s work and this book in particular is all the backstage scenes and crowd shots that make you feel like you’re in the thick of things. It’s a wonderful documentation of what is arguably one of the pinnacles of American music.