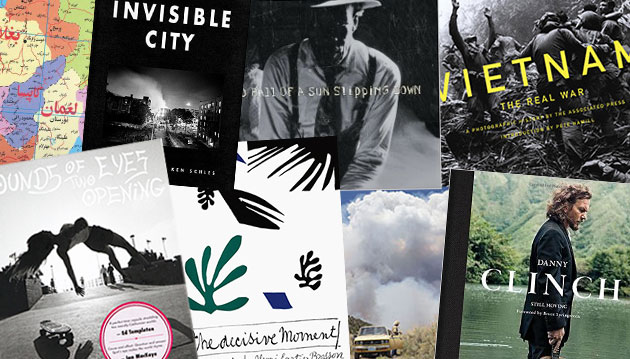 The tide of excellent photobooks continues to rise, with new releases straining wallets and bookshelves of collectors as well as those of us who just  enjoy a well-put-together body of photography. While there are worse predicaments than wondering where you’ll keep all these gems, it’s definitely been tough to keep up. Here’s a round-up of the ones that stood out to the Mother Jones photo department this year. 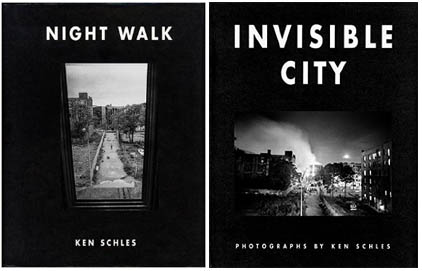 Night Walk & Invisible City, Ken Schles (Steidl)
Night Walk is an essential companion to the new, long-awaited reprint of Schles’ gritty 1988 classic Invisible City. A document of life on Manhattan’s Lower East Side as it went through the death throes of being a dirty, lawless pocket of the city, Invisible City and Night Walk evokes a sense of danger and fun in roaming through this veritable no man’s land. The grainy black-and-white photos make you feel like you’re falling through a dream. 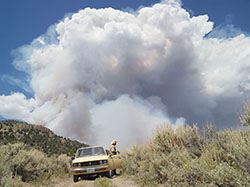 Frontcountry, Lucas Foglia (Nazraeli Press)
Lucas Foglia‘s second monograph looks at the intersection and conflict of mining, ranching, and environmental interests in the American West. It’s a wry, beautiful book. Unlike a lot of fine-art-oriented documentary photobooks, Frontcountry feels grounded while still serving page after page of gorgeous photos that at times feel surreal. Foglia has a knack for putting humans in their place against expansive landscapes, as well as capturing serene moments of breathlessness, waiting to exhale. 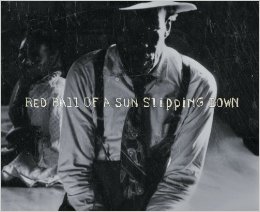 Red Ball of a Sun Slipping Down, Eugene Richards (Many Voices Press)
This self-published book brings together Eugene Richards’ work from the Arkansas Delta since the days he first went as there a Vista volunteer in 1969. Some of the work appeared in his first book, Few Comforts or Surprises, published in 1972. It’s a mix of classic documentary reportage of the ’60s and ’70s; the forceful, wide-angle work for which Richards became known in the ’80s; and his recent, sublime color work. A single line of text on each page opposite the photographs strings the whole thing together. It’s very lyrical, in a way you may not expect if the last Eugene Richards book you looked at was Cocaine True Cocaine Blue or even Walking Through the Ashes. Far more than a collection of Richards’ work in the Delta, Red Ball of a Sun Slipping Down is about his fulfillment of a promise made to a woman he met long ago—and to himself. 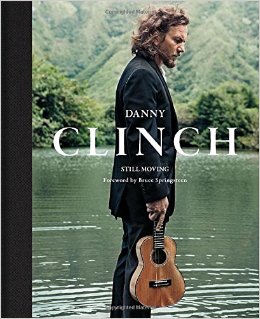 Still Moving, Danny Clinch (Harry Abrams)
He would probably shun the comparison, but Danny Clinch has become something akin to this era’s Jim Marshall. He shoots plenty of great portraits, sure, but unlike a lot of music photographers who eventually abandon shooting concerts, Clinch still gets in the mix, capturing great backstage moments as well as generation-defining live moments. He’s certainly among the best living music photographers. 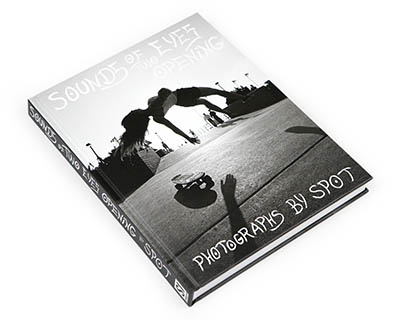 The Sound of Two Eyes Opening, Spot (Sinecure)
Well known to punks as the man who recorded dozens of ’80s hardcore records on SST Records and toured with their bands (namely Black Flag), it turns out Spot was also something of a shutterbug. This book gives an unflinching look at beach life in the LA area during the ’70s. Lots of girls on roller skates in short shorts and dudes in tube socks skateboarding, as well as early photos of Black Flag and the Los Angeles punk scene. It’s worth picking up the slipcase deluxe edition which comes with a poster, print, and record (available only from the publisher). 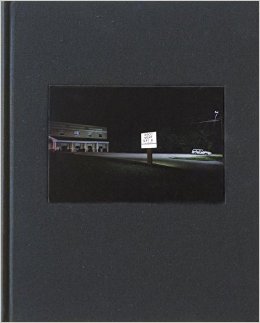 Disco Night 9/11, Peter van Agtmael (Red Hook Editions)
Disco Nights has made a number of appearances on other “Best Of” lists—for a good reason. Though it’s a pretty simple book, lacking some of the bells and whistles that other notable photobooks include, the simplicity in this case reinforces the weight of the subject and lets the photos stand out. Having covered the wars in Iraq and Afghanistan, van Agtmael continues his coverage by following the soldiers home and photographing their struggles getting used to normal life.

Chris Stein/Negative: Me, Blondie and the Advent of Punk (Rizzoli)
Pick this one up along with Playground, by Paul Zone (Glitterati Incorporated; I review it here) and you have an unbeatable ringside seat to the nascent days of New York City punk. Both Zone (of the Fast) and Stein (Blondie) were musicians foremost, but they seemed to always have their cameras on them, capturing the New York scene as it evolved from an eclectic group of musicians, artists, poets and filmmakers into the ground zero of American punk rock—until New Wave swept it away. 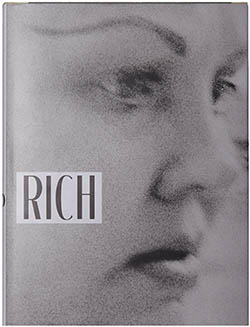 Rich and Poor, Jim Goldberg (Steidl)
Every write-up of this reprint mentions how it’s as poignant today as back in 1985 when it was published. As the title suggests, the book, shot in San Francisco from the late ’70s through the mid-’80s, is a study of the very wealthy and the very poor. In what was to become his trademark style, Jim Goldberg photographs subjects and then has them write something about themselves on the print. Of course, San Francisco is a different city now, with the income gap between rich and poor having grown to an enormous chasm. For the redesigned book, available in hardback, Goldberg added a few photos revisiting locations and people he shot for the original. 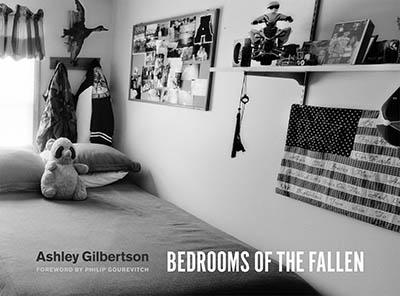 Bedrooms of the Fallen, Ashley Gilbertson (University of Chicago)
It’s a simple idea: Photograph the bedrooms of soldiers who died in Iraq and Afghanistan using a wide angle panoramic camera. The resulting images are a stirring and unsettling documentation of lives left behind. Many bedrooms show transitions—remnants of boyhoods and teenage years mixed in with the trappings of new military personas. Some of the bedrooms have been made into shrines, carefully maintained by the parents. In other images, you sense the parents slowly moving on, with boxes and household items beginning to impose on the bedroom space. The very still, voyeuristic photos draw you in slowly and hold your attention through the book. 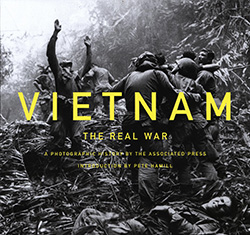 Vietnam: The Real War, AP (Abrams)
One of the better photobooks on the Vietnam War, Vietnam: The Real War, pulls images from the AP archives to trace the history of America’s involvement in the conflict. It’s a powerful collection that includes those iconic photos that altered the war’s trajectory by changing hearts and minds back home: Malcolm Browne’s 1963 photo of the Buddhist monk setting himself ablaze, Eddie Adams’ image of the chief of the South Vietnamese national police executing a suspected Viet Cong official in the street, Nick Ut’s image of the little girl running naked, burned by napalm. 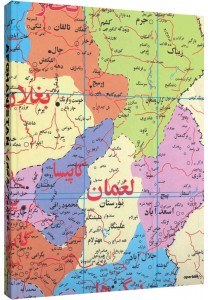 Afghanistan, Larry Towell (Aperture)
Essentially a richly detailed scrapbook of Larry Towell’s time covering Afghanistan, this reproduction of his original artist’s maquette gets under the skin of the country and into the mind of the photographer. It’s about as close to a 360-degree view of the place as a Westerner can provide. The book covers ordinary Afghans, Western and Afghan soldiers, war victims, street scenes, and political machinations. The inclusion of Towell’s notes, contact sheets, and of course, excellent images, makes this a treasure for those who like to pull back the curtain on a photographer’s process. 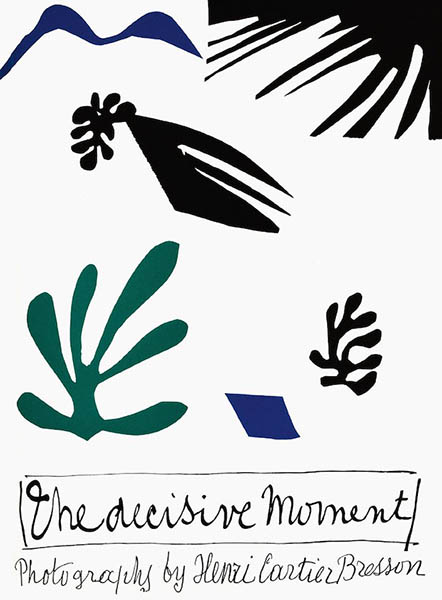 The Decisive Moment, Henri Cartier-Bresson (Steidl)
One of the most influential (and yet hardest to find) photobooks in print gets the Steidl gold-standard reprint treatment here. Available for the first time in sixty years, Henri Cartier-Bresson’s Decisive Moment still sizzles with taut, kinetic energy. From the Matisse-designed cover through the tightly edited image selection, it’s a brilliant mix of street photography and reportage, photos that, despite being perfectly composed, feel very alive. Many of them have evolved from classics to cultural wallpaper. The book reminds us of Cartier-Bresson’s genius—just in case you needed a reminder. 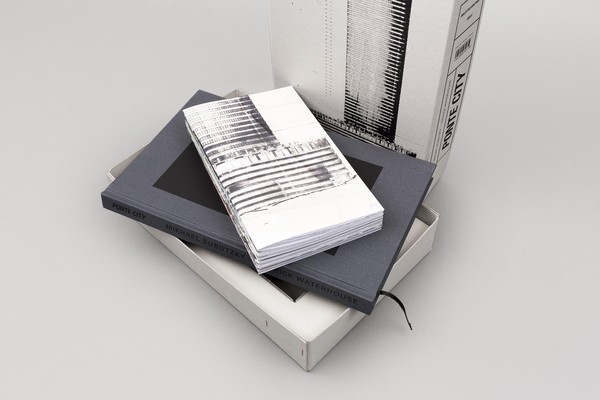 Ponte City, Mikhael Subotzky and Patrick Waterhouse (Steidl)
A multi-part book about a 54-story residential building in Johannesburg that Mikhael Subotzky describes as, “a huge blinking advertising crown visible from Soweto in the south to Sandton in the north.” Built in 1976, “Ponte City” housed young professional types before falling on hard times in ’90s, as those people fled to the suburbs. Developers who bought the building in 2008 with grand plans to refurbish it went belly-up. Subotzky and Waterhouse’s book-in-a-box includes a standard hardcover photobook along with 17 pamphlet/zine type booklets, each focusing on a different aspect of the building. It’s an audacious deep-dive into Ponte City that traces its history through archival documents and photographs of those who live there. 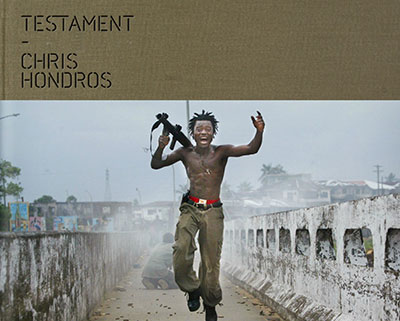 Testament, Chris Hondros (powerhouse)
This retrospective of Chris Hondros, a photojournalist killed in Tripoli while covering the Libyan civil war, proves what a talented and courageous photographer he was. Testament, which I reviewed earlier this year, holds up as a standout. Even in volatile situations, Hondros managed to find the poignant, emotional image that often told more of what was going on than the bang-bang shot. And it’s worth mentioning that proceeds from Testament go to the Chris Hondros Fund. 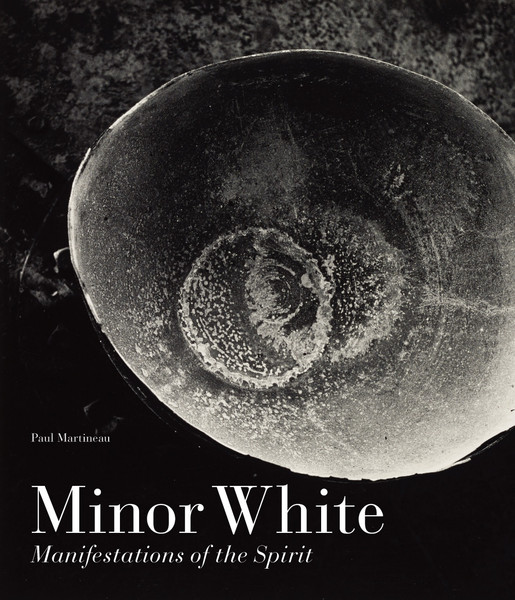 Minor White: Manifestations of the Spirit, Paul Martineau (Getty Publications)
Fully appreciating Minor White’s images, like learning to taste the subtleties of a good wine, requires something of a learning curve. His landscapes, nudes, still lifes and street photos all bear a very classic beauty. Very fine grained, precisely printed and composed, technically perfect in nearly every way, these are photos that legions of photographers have tried to imitate. As this book makes clear, White was a tour de force, constantly seeking, always challenging himself with new projects. His impact extends well beyond his work as a photographer. He was a founder of Aperture and worked closely with Ansel Adams at the California School of Fine Arts (now the San Francisco Art Institute), eventually leading the photo program there. Amid the many retrospectives of White’s career, this stands as one of the best overviews, an excellent starting point in your education on one of the world’s greatest photographers. 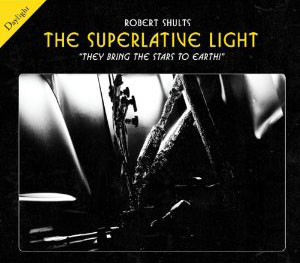 Superlative Light, Robert Shults (Daylight)
Superlative Light is a simple soft-cover book of black-and-white photos of the Petawatt Laser facility in Austin, Texas, that look like stills from an old sci-fi movie. It’s an unassuming project really, basic reportage about the facility that in 2009, when these photos were taken, produced the most powerful laser pulse to date. Translating something so magnificent yet so clinically mundane in such striking photos is no small feat. 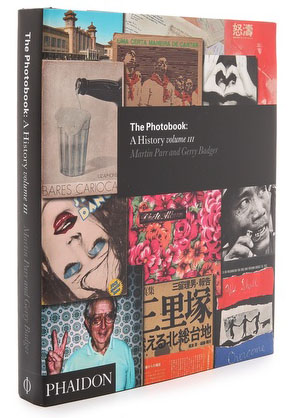 The Photobook: A History, Vol. III, Martin Parr and Gerry Badger (Phaidon)
The third and final installment in a series that jump-started a recent increased interest in photobooks. Parr and Badger’s insightful series highlights books that mark significant points of evolution in the medium. From well-known masterpieces like Robert Frank’s The Americans to lesser-known books like Morten Andersen’s Fast City, the series leaves no stone unturned. This third edition focuses on photobooks published from World War II to the present.