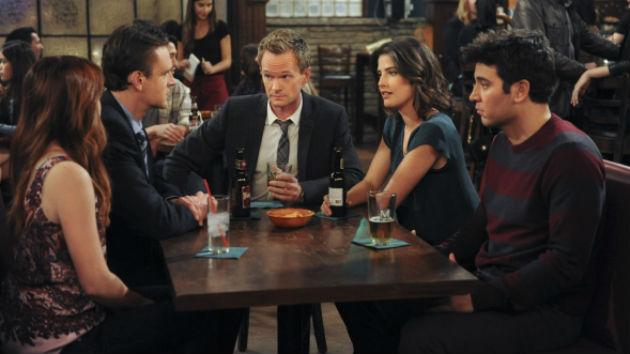 How I Met Your Mother is not, nor has it ever been, a political show. It’s about Ted Mosby, Marshall Eriksen, Lily Aldrin, Robin Scherbatsky, and Barney Stinson doing funny, touching, and crazy things in New York City. It’s about Ted finally finding The Mother of his future children. It’s about love and the long-haul pursuit of it.

But the CBS sitcom (which concludes its ninth and final season on Monday night) has, over its eight-plus years on the air, snuck in some political and social commentary ever so slyly and gently into the background—and fore. HIMYM had its major ups and downs, as any long-running network series does. Some seasons gave the strong impression that creators Carter Bays and Craig Thomas (and everyone else involved, for that matter) were just phoning it in. But when the show was good, it was really, really good—a cleverly framed and intelligent look at friendship, marriage, and heartbreak.

Here’s a look at how the show was good on environmentalism, gay rights, corporate satire, and so on:

It was a running joke (until recently this season) that none of the main characters knew what Barney (played by Neil Patrick Harris) did for a living. He works at Goliath National Bank (theme song sung by Barney, above), and he makes a lot of money. Barney’s general outlook on life—suits, cash, sex, strippers, sex, saying “bro” a lot, more sex—and his colleagues are clearly a caricature of fratty corporate culture. But the bank also fits in nicely with the heartless-and-evil-corporation trope.

Here’s one of Barney’s bosses (during the show’s fourth season) casually updating staff on the bank’s complicity in bloodshed and political tumult overseas:

And so, while those bribes did destabilize the regime and caused the death of most of the royal family, it did lead to looser banking regulations in Rangoon. So yay us.

The biggest part of Marshall’s (Jason Segel) persona, besides love of family and devotion to monogamy, is that he’s a lawyer who wants to save the planet. He’s a staunch environmentalist, and wants to bring about change by arguing and winning landmark court cases:

(This season, things got awkward when Marshall shared a long car ride with an oil lobbyist.)

After Marshall starting working at the Natural Resource Defense Council, the NRDC (in real life) blogged about the character and HIMYM:

In last night’s episode of “How I Met Your Mother,” Marshall Eriksen finally quit his corporate law job at the (fake) Goliath National Bank, to volunteer with the (very real) Natural Resources Defense Council. Declaring, “I need to do better things with my life,” Marshall is excited by the opportunity to work with NRDC. “I’d be saving the oceans, saving endangered species,” he says. Or, “saving chicken bones and an old boot to make hobo soup” retorts his friend Barney. Except that, as Marshall noticed in a previous episode, those chicken bones and the old boot are unfortunately floating out to sea and dirtying our oceans.

3. The show is totally down with marriage equality and gay rights.

Well, except for Barney (initially), but only because he was for so long against the very concept of marriage. The show’s writing staff used his earlier opposition to marriage as a way to highlight the absurdity of the religious right’s argument that gay marriage would harm the American family:

Shortly after the commencement of the financial crisis in late 2007, the show aired an episode in which Marshall and Lily (Alyson Hannigan) make the idiotic decision to buy a home they can’t afford. The following is Marshall convincing Lily that 2007 was a good time to buy; the scene is peppered with future Ted (Bob Saget) narrating why Marshall is wrong:

Marshall: We should buy a place!…Baby, real estate is always a good investment.

Marshall: And the market is really hot right now.

Marshall: And because of my new job, we are in such a strong place financially.

5. The series went against stereotypes and made Robin a Canadian who loves guns.

“HOW I MET YOUR RACISM?” the CNN chyron read. This was referring to a recent episode (and the controversy that followed) in which the cast spoofs old kung fu movies. The show was promptly accused of insensitivity and cultural appropriation.

Here is how Bays and Thomas responded to the outrage:

Hey guys, sorry this took so long. [Craig Thomas] and I want to say a few words about ?#HowIMetYourRacism?. With Monday’s episode, we set out to make a silly and unabashedly immature homage to Kung Fu movies, a genre we’ve always loved. But along the way we offended people. We’re deeply sorry, and we’re grateful to everyone who spoke up to make us aware of it. We try to make a show that’s universal, that anyone can watch and enjoy. We fell short of that this week, and feel terrible about it. To everyone we offended, I hope we can regain your friendship, and end this series on a note of goodwill. Thanks.

7. The show emphasized the importance of small local news stories!

In the first season, viewers find out early on that Robin is a journalist who wants to deliver hard-hitting political news coverage. And she ends up doing so, but not before being assigned to news items she feels are of little value and far beneath her. And then the following happens on live TV, where she sees why these stories matter. (Sadly, this clarifying moment doesn’t end in the most flattering way for her.)

And finally, as fans say farewell to the series, let’s rewatch this years-old HIMYM-related clip that is wonderful, but has little to do with the politics or social issues of modern America. It’s Neil Patrick Harris and Jason Segel doing a fantastic version of “The Confrontation” from Les Misérables. Just watch it. It’s truly great: