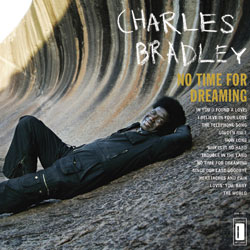 from Charles Bradley’s No Time for Dreaming (Daptone)

Liner notes: The searing ballad that closes this stunning debut recalls the bleak moment when the singer’s brother was shot and killed by his nephew.

Behind the music: Part of the new wave of gifted soul revivalists affiliated with Brooklyn’s Daptone Records (home of Sharon Jones), Bradley took a roundabout route to his first album. Born in 1948, he pursued music on the side for decades, while he worked as a chef.

Check it out if you like: Gritty R&B shouters, including James Brown, Wilson Pickett, and Dyke & the Blazers’ Arlester Christian, of “Funky Broadway” fame. 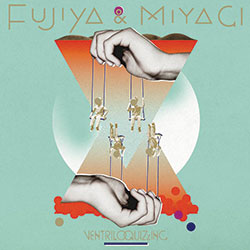 Liner notes: His monotone oozing cool disdain, David Best murmurs, “You change your mind when the wind blows…You know even less than you think you know,” as old-school synths pump out a casually funky groove.

Behind the music: Though you might think Fujiya & Miyagi are a Japanese duo, the quartet’s name comes from an obscure brand of audio equipment and the “wax on, wax off” teacher of The Karate Kid.

Check it out if you like: Krautrock (Neu!), synth-pop pioneers (Devo), and more recent electronica (LCD Soundsystem). 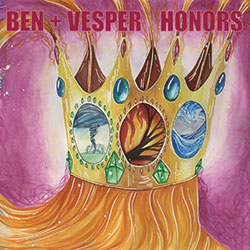 Liner notes: Nudged by gentle banjo and mandolin, New Jersey spouses Ben and Vesper Stamper intertwine their lazy voices in musings on everything from a missing shirt to the nature of destiny, creating the feeling of hanging out with friends on a sleepy afternoon.

Check it out if you like: Sufjan Stevens, the Handsome Family (another married duo), Mountain Man, and others who bring idiosyncratic twists to familiar folk conventions. 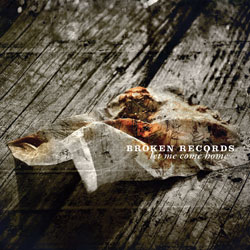 “The Cracks in the Walls”

Liner notes: “Never calm me down, I want to feel my heart is bursting out,” exclaims Jamie Sutherland with fidgety fervor, as thundering drums, jangling guitars, and mournful violin create a thrilling sense of apocalyptic drama.

Behind the music: Sutherland says the Edinburgh sextet’s second outing drew inspiration from Bruce Springsteen’s Nebraska and landmark films like Badlands and East of Eden. The album’s initial recording sessions took place in an old distillery grain store in the Scottish highlands.

Check it out if you like: U2, Arcade Fire, and Jeff Buckley, all masters at depicting personal passions on epic canvases.