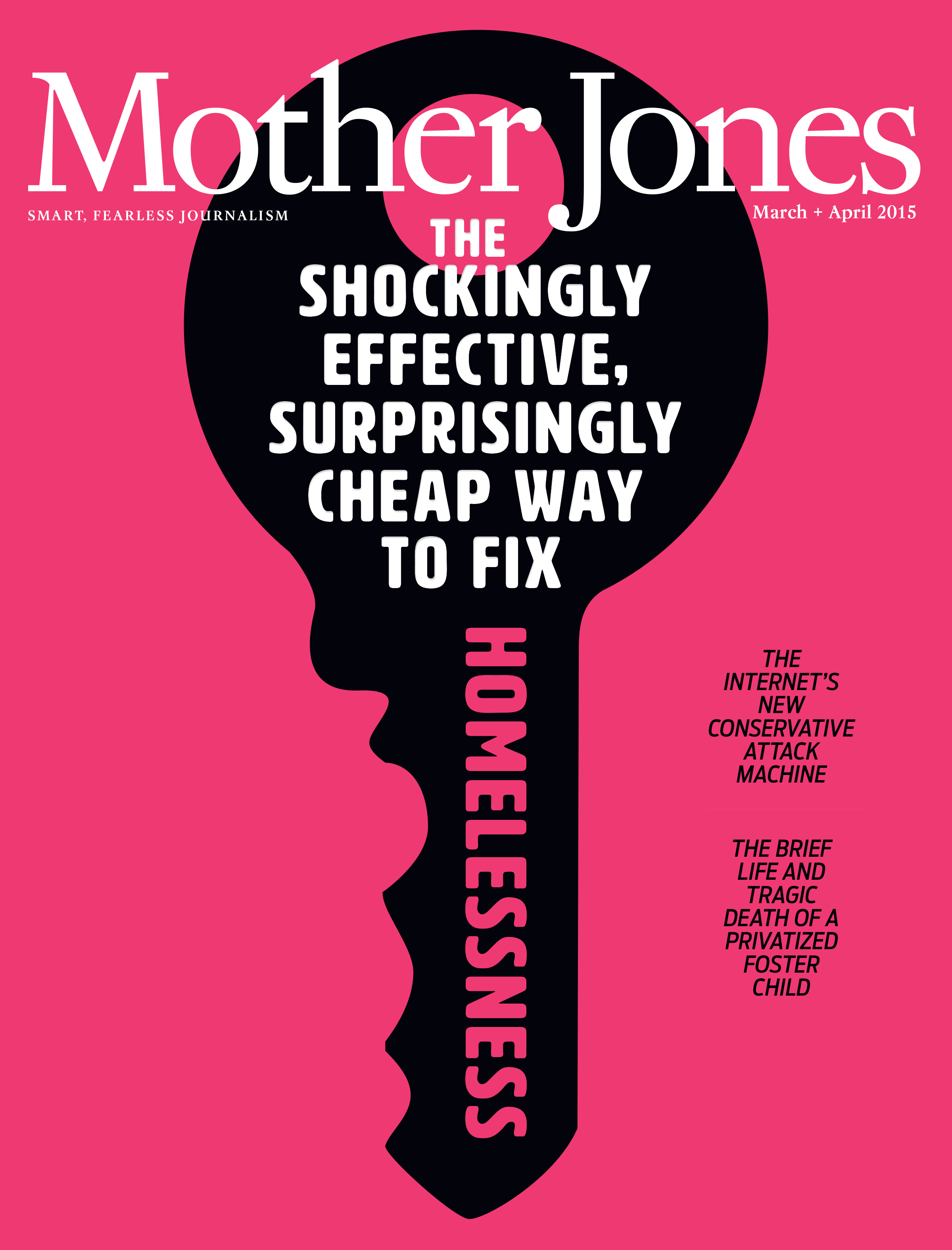 Hours after 1 Molly Redden first reported on GOP bills outlawing abortions after 20 weeks of pregnancy, House Republicans shelved their proposed legislation (“Turning Back the Clock“); the story’s art is by 2 Javier Jaén, who lives in Barcelona.

Brian Joseph (“The Brief Life and Private Death of Alexandria Hill“) is a former Sacramento bureau chief for the Orange County Register.

5 Scott Carrier is a Peabody Award-winning journalist whose work has been featured by Harper’s, GQ, and This American Life (“Room for Improvement“); Salt Lake City-based photographer Jim McAuley has shot for the New York Times and the Wall Street Journal.

6 Stephanie Mencimer regularly reports on mental health and the court system—in this issue, she covered them both (“Of Unsound Mind“).

Tim Murphy worries that the conservative provocateur he wrote about (“Citizen Troll“) might dig up his two speeding tickets.

Illustrator Kyle Platts (“Revenge of the Nerd”) lives in London and is the author of Megaskull, a comic book.