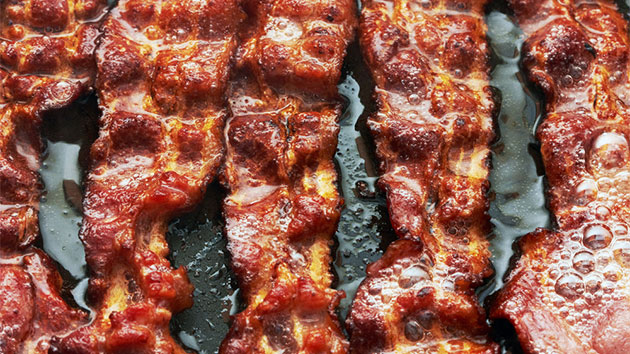 While Americans celebrated Independence Day last weekend, the meat industry was partaking of another time-tested tradition: concentration. That’s the economists’ term for when one big company buys another, resulting in an industry dominated by just a handful of players. And that’s what happened when Brazilian meat giant JBS plunked down $1.45 billion to buy the US pork interests of global agribusiness behemoth Cargill.

Sure, the US pork market was already pretty top-heavy before that deal, which won’t be consummated until US antitrust authorities approve it. As things stand now, even before the proposed merger, the big four pork packers (including JBS, through its Swift subsidiary) control a hefty 64 percent of the US pork market.

If the deal goes through, the combined JBS/Cargill operation will push out Tyson for the number two slot, Hormel will slide into fourth place, and the new Big Four will slaughter 71.5 percent of the hogs raised in the US. That’s a significant concentration of an already-concentrated market.

Phil Howard, a Michigan State University researcher who studies corporate control of the food system, says the deal is “bad news,” because “JBS will have even more power to drive down the prices it pays to farmers, and drive up the prices it charges to consumers.” He notes that just two companies, Smithfield and JBS, would together own 45.5 percent of the pork market, “moving closer to the Coke/Pepsi model of domination by just two giant firms.”

He also notes that Smithfield and JBS are both foreign-owned—JBS, the globe’s largest meat company, is based in Brazil, while Smithfield has been owned by the Chinese meat conglomerate Shuanghui since 2013. So why are outside firms muscling into the US pork market? After all, US demand for “the other white meat” isn’t exactly cooking. The opposite, in fact.

So, rather than making a play for the domestic pork market, these foreign players are likely aiming to cash in on a rising trend: exports of US-grown pork.

Now, you may note that exports soared through the 2000s and have leveled off more recently. That’s why the National Pork Producers Council, the industry’s trade group, has been promoting the Trans-Pacific Partnership, the vast proposed trade pact that President Obama and his GOP congressional allies have been hustling to pass. In a post last year, I laid out why the US meat industry loves the TPP: Namely, it would open the floodgates to lucrative markets in Japan, Vietnam, and Malaysia, all of which limit imports of US meat to protect domestic farmers. “A good TPP agreement…would result in exponential growth in US pork exports,” the Pork Producers Council declared in a June press release. It is perhaps not a coincidence that JBS made its lunge for Cargill’s pork operations just two weeks after the TPP process took a major leap forward, when Congress voted to give Obama “fast track” authority to negotiate trade deals.

So, why shouldn’t US farm country emerge as the globe’s pork-export powerhouse? As the Pork Producers Council puts it, the US is “one of the lowest cost producers of pork in the world.” Indeed, a 2012 USDA report found that it’s cheaper to produce pork here than it is in China. But we should remember what it means to be the low-cost producer of a commodity like pork—as muckraking books like Ted Genoways’ The Chain and Barry Estabrook’s Pig Tales show, the industry abuses labor, fouls the air and waterways, and hollows out rural towns as a matter of course. “Exponential growth in US exports” would be great for our ever-growing pork behemoths; but it’s hard to see what’s in it for the rest of us.