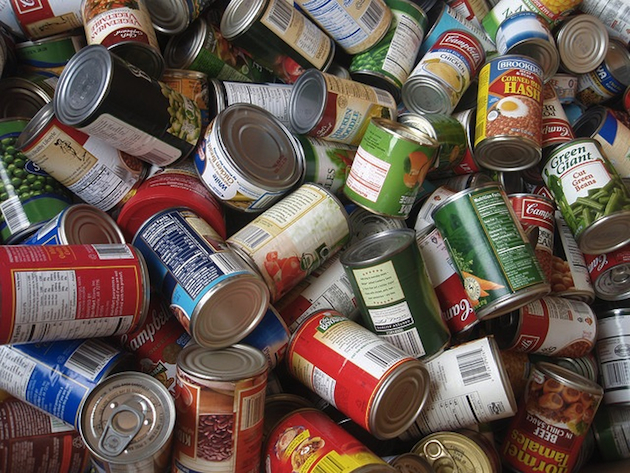 Bisphenol A, a chemical used in can linings and plastic bottles, is pretty nasty stuff. Last year, the Food and Drug Administration banished it from baby bottles (at the behest of the chemical industry itself, after baby bottle producers had already phased it out under consumer pressure). BPA, as it’s known, is an endocrine-disrupting chemical, meaning that it likely causes hormonal damage at extremely low levels. The packaging industry uses it to make plastics more flexible and to delay spoilage in canned foods.

You might think that such a substance would lose popularity as evidence of its likely harms piles up and up. Instead, however, the global market for it will boom over the next six years, according to a proprietary, paywall-protected report from the consultancy Transparency Market Research. The group expects global BPA sales to reach $18.8 billion by 2019, from $13.1 billion in 2012—about a 44 percent jump.

TMR researchers declined to be interviewed by me and wouldn’t give me access to a full copy of their report. But they did send me a heavily redacted sample. One of the few trends I could glean from it is that the “steady growth” in global BPA consumption is driven by “increasing demand in the Asia-Pacific region.” (According to this 2012 paper by Hong Kong researchers, Chinese BPA production and consumption have both “grown rapidly” in recent years, meaning “much more BPA contamination” for the nation’s environment and citizens.) As for the United States, the report says that North America is the globe’s “third largest regional market for BPA,” behind Asia and Europe. North American BPA consumption is growing, but a “at a very slow rate,” the report states. As a result, our share of the global BPA is expected to experience a “slight decline” by 2019. Not exactly comforting.

The sample that Transparency Market Research sent me blacked out its analysis of which companies have what share of the global BPA market. This 2012 US Department of Agriculture report claims that just two companies, German chemical giant Bayer and its US rival Dow, “produce the bulk of BPA in the world.” Another major producer is Saudi Basic Industries Corp., or SABIC, a company 70 percent owned by the Saudi government. This charming corporate crew looks set to cash in on handsomely on the ongoing BPA boom.