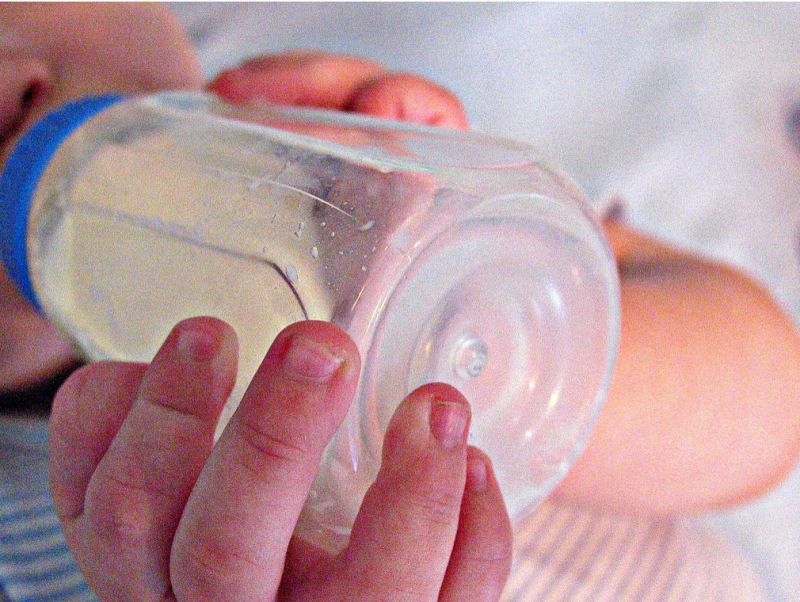 Years of research have found evidence that Bisphenol A—also know as BPA—is making humans fat and anxious, screwing with our ovaries, and making us develop tumors in our breasts and brains. Those findings have prompted regulators in the US, Canada, and the European Union to ban BPA in baby bottles (though other products still contain it). But new research published this week in the journal Environmental Health Perspectives indicates that a major chemical substitute isn’t much better.

BPA creates problems when it leaches into foods and liquids, since inside the human body it mimics estrogen and screws with your endocrine system. Given the ever-growing body of evidence that it’s bad for you, manufacturers have been looking for BPA substitutes. One of those newer substitutes is Bisphenol S. While it is less likely to leach from the plastic when it comes in contact with heat or sunlight, it can still leach into food and liquids under normal use. This most recent study, conducted with rat cells, found once it got into their bodies, Bisphenol S behaved much like BPA. Like BPA, BPS also disrupts the endocrine system, making cells signal, grow, and die in ways they shouldn’t.

Study co-author Cheryl Watson, a professor in the biochemistry and molecular biology department at the University of Texas, notes that both BPA and BPS can have a large impact even in small doses, much like hormones. “If hormones act that potently, it’s not much of a surprise that componds that mimic hormones act very potently,” Watson told Mother Jones.

Watson also suggested that there should be more testing of chemicals like BPS before they’re put into consumer products. She’s working with other biologists and chemists on an effort, called Tierd Protocol for Endocrine Disruption (or TiPED) to get the two branches of science to collaborate on this kind of testing. “Why not pretest chemical before someone does all the work and investment of putting them into a product, and then we spend the next 20 years fighting about it?” said Watson. “Think of all the money spent on lawsuits, human disease. There’s an awful lot of societal expense in regulating these products after they are introduced.”