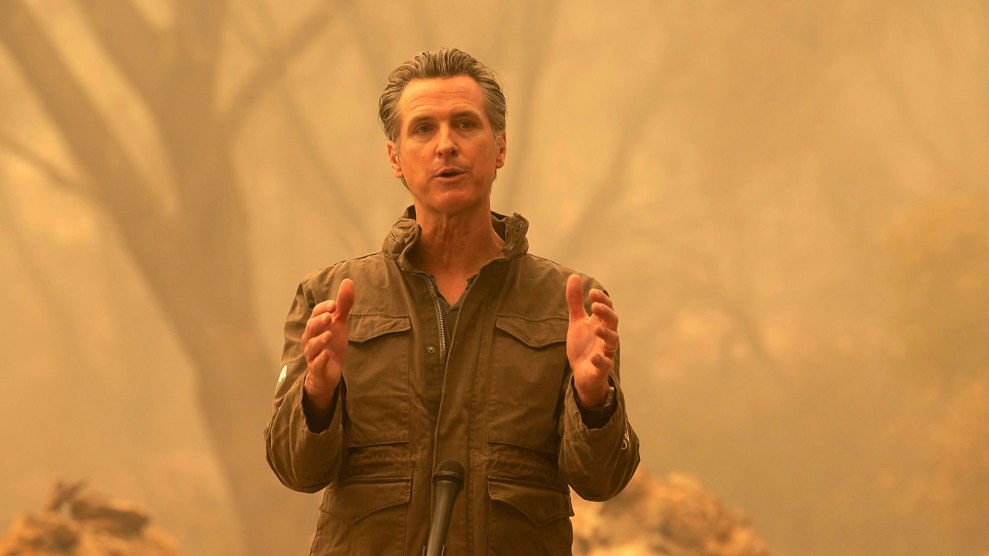 On Friday, as he stood in the middle of a hellscape in Oroville, California, surrounded by fallen trees and misty yellow smoke, California Gov. Gavin Newsom signed a bill that allowed formerly incarcerated people who participated in the state’s firefighting program to expunge their criminal records upon release from custody and pursue professional firefighting jobs.

Inmates who have stood on the frontlines, battling historic fires should not be denied the right to later become a professional firefighter.

As I noted in August, California’s dependence on inmates at a time when the state faced a firefighter shortage represented an opportunity for incarcerated people to help fight annual wildfires. But because California’s firefighting program prevented inmates from getting these jobs after their imprisonment, it represented another a form of prisoner exploitation. From my earlier piece:

As Heather Knight wrote in the San Francisco Chronicle: “It’s a ridiculous catch-22 that California—engulfed in apocalyptic fires because of climate change that are likely to grow worse—cannot afford to continue.” California currently depends on 3,100 inmates, who have volunteered, have shown good behavior while imprisoned, and have not been convicted of arson and other matters, at 43 fire camps, most of whom are qualified to work the frontlines.

And yet, if these same trained inmates have a felony record, they face insurmountable odds in obtaining an Emergency Medical Technician certification to pursue a job they are trained to do—one that pays, on average, $146,000 in California. While these trained inmates are wards of the state, as my colleague Julia Lurie wrote in 2015, they “receive a sentence reduction and $1 per hour while fighting fires, saving the state $80 million per year.” Or, as Jeffrey Choate, who fought wildfires as a participant in California’s exploitative labor system and was released in July, put it: “It’s straight slave labor.”

An aide to Assemblymember Eloise Reyes, who authored the bill, told Mother Jones that though it was difficult to determine an exact estimate of who would be affected by the law, several hundred people per year could apply for expungement, leaving the final decision to the courts. (The law prevents people convicted of certain offenses, like certain violent felonies and sex offenses, from being eligible for expungement.) “Rehabilitation without strategies to ensure the formerly incarcerated have a career is a pathway to recidivism,” Reyes said in a statement to the Los Angeles Times. “We must get serious about providing real pathways to employment for those that show the determination and commitment to turn their lives around.”

In announcing the bill’s approval, Newsom warned that California represented “America, fast forward,” as devastating wildfires burned more than three million acres of land throughout the state, spewing ash into the toxic air. California residents have experienced six of the largest 20 wildfires in state history just this year. California sits at the heart of a “climate damn emergency,” Newsom told reporters, taking shots at climate deniers and the Trump administration for rolling back environmental protections. “What we’re experiencing right here is coming to communities all across the United States of America unless we act on climate change,” Newsom said.

Now, at least, hundreds of formerly incarcerated people in California have a path forward toward leveraging their skills to help the state combat the annual manifestation of our global climate catastrophe.

We’re in a CLIMATE CRISIS.

And what we're experiencing in California is coming to every community — all across the United States of America — unless we get our act together on climate change. pic.twitter.com/BulCzB7tKs