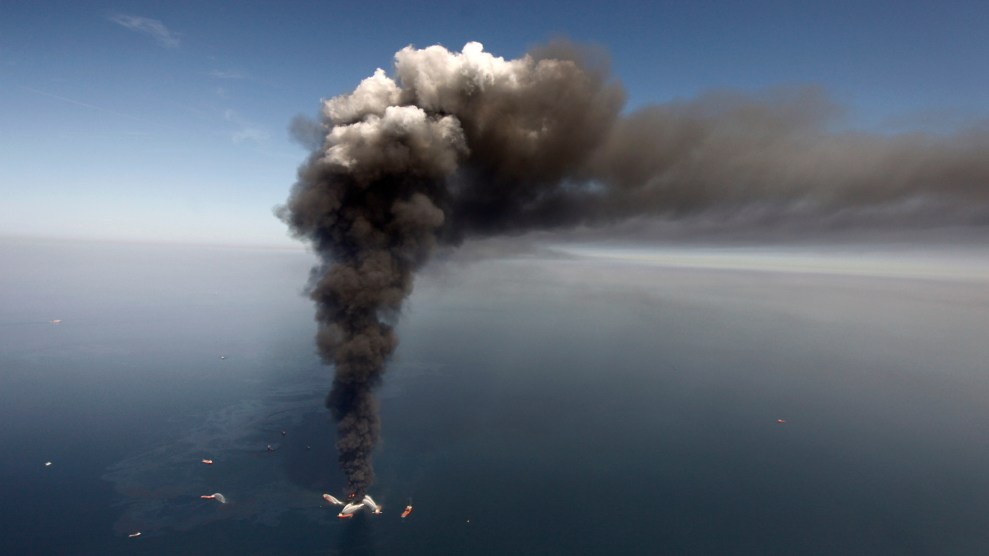 The environmental impact of the Deepwater Horizon oil spill disaster in the Gulf of Mexico a decade ago was much worse than previously believed, according to a new study. The 2010 rig explosion, which killed 11 workers and sent oil spewing into the Gulf of Mexico for 87 days, triggered one of the worst environmental disasters in US history. It released 206m gallons of oil from BP’s Macondo well, according to US government estimates, affecting wildlife and water-quality along hundreds of miles of Gulf coastline.

At its height, 88,522 sq miles of sea were closed to fishing because of the spill, according to a federal report.

But a new study published on Thursday in the Science Advances journal says satellite surveillance at the time was unable to detect large areas of oil contamination.

The study’s authors found that the effects of the spill were 30% larger, reaching the Texas shore, the Florida Keys, the coast of Tampa and parts of the east coast of Florida. “The satellite footprint does not necessarily capture the entire oil spill extent,” the study found.

Using in-situ observations, oil spill transport modeling using three-dimensional computer simulations, as well as testing for oil concentration ranges in marine organisms, the paper claims that “that large areas of the GoM were exposed to invisible and toxic oil that extended beyond the boundaries of the satellite footprint and the fishery closures”.

“When the oil comes to the surface, it comes as a thick layer that you can easily see with a satellite,” Claire Paris-Limouzy, one of the study’s authors and a professor of ocean sciences at the University of Miami, told CNN.

The discrepancy between their results and official estimates is because small concentrations of oil are often invisible to satellite imagery. “You can actually smell it but can’t actually see it,” Paris-Limouzy said.

London-based BP, which leased the rig from Transocean, declined to comment on the study’s findings.

A Transocean report into the disaster largely blamed BP, claiming the company failed to properly assess, manage and communicate risk, and said cement contractor Halliburton and BP did not adequately test the cement slurry used to seal the well.

BP’s own internal report placed blame on a cascade of failures by multiple companies. A US government investigation also identified multiple sources for the accident.

BP subsequently spent or committed tens of billions of dollars to clean up the mess and compensate victims, and ultimately sold off its US arm. Transocean reached a $211m settlement with businesses and individuals claiming damages, while Halliburton reached a $1bn settlement.

A bipartisan investigatory commission appointed by the Obama administration pointed to crew and technical failures in the explosion, but cited overall safety shortcomings by regulators and the oil industry.

But safeguards in place to prevent a similar accident in future have been progressively eased by the Trump administration’s push to expand drilling off the country’s coasts.

The new assessment of the Macondo spill’s extent is timely, the authors wrote, because “with a global increase in petroleum production–related activities, a careful assessment of oil spills’ full extent is necessary to maximize environmental and public safety”.