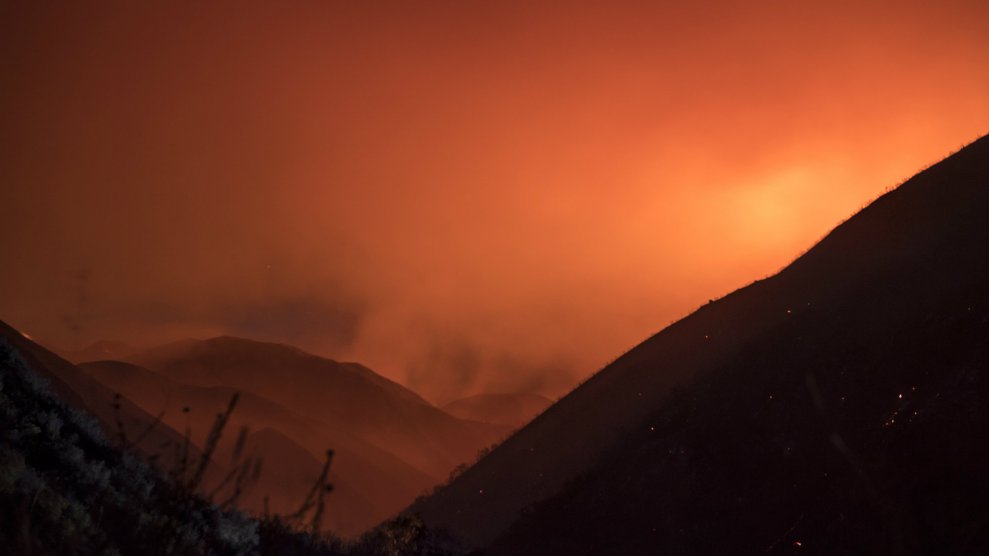 Predictions of climate change’s devastating impact—coastal flooding, demonstrable sea level rise, and more extreme weather events, to name a few—are so ubiquitous it becomes nearly impossible to fully understand their potentially catastrophic implications. But an acknowledgement last week that global temperatures may rise by a shocking 7 degrees by 2100 was startling for many reasons, especially because the Trump administration was the source of the estimate.

The surprising forecast was buried deep within a 500-page draft impact analysis produced by the National Highway Traffic Safety Administration to justify President Donald Trump’s decision to roll back Obama-era fuel efficiency standards. By using a scenario in which the government never adjusted the original fuel efficiency benchmarks set by Congress in 1975, the NHTSA acknowledged that global temperatures would rise on average by 6.271 degrees Fahrenheit.

The estimate, which was first reported last week by the Washington Post, was not included to justify the importance of combating climate change, the newspaper reported. “Just the opposite: The analysis assumes the planet’s fate is already sealed.”

Environmental advocacy groups reacted sharply to the report. “Giving up and embracing the apocalypse isn’t leadership,” Michael Brune, executive director of the Sierra Club, said in a statement in response to the Post story. “It is an abdication of duty and a threat to the future of our country.”

Since taking office, the Trump administration has downplayed the role humans play in contributing to warming temperatures and shown reluctance to link extreme weather events, like wildfires, to climate change. After intense lobbying by the fossil fuel industry and other opponents of environmental regulations, Trump officials rescinded several Obama-era regulations intended to combat the impact of global warming; Trump, who has repeatedly called global warming a “hoax,” withdrew the United States from the Paris climate agreement. Even as government scientists have continued to attribute climate change to human activity, White House officials privately discussed in a memo leaked earlier this year whether to simply “ignore” these conclusions.

And yet, some of the most revealing information concerning the consequences of Trump administration policies have come from the government’s own environmental impact statements. In August, the Environmental Protection Agency unveiled a series of regulations to replace Obama’s Clean Power Plan, which the agency described as “overly prescriptive and burdensome” in a press release. But even as the administration noted how Trump’s plan would offer savings for operators of nuclear power plants and grant more regulatory autonomy to states, the agency’s impact analysis concluded it would also lead to thousands of more deaths over decades.

Overall, the administration’s argument appears to be that the effects of climate change are not preventable, so any burdensome regulations simply hurt businesses while delaying the inevitable. Heritage Foundation research fellow Nick Loris told the Post that Obama’s climate policies were “mostly symbolic.” In fact, he continued, “Frivolous is a good way to describe it.”