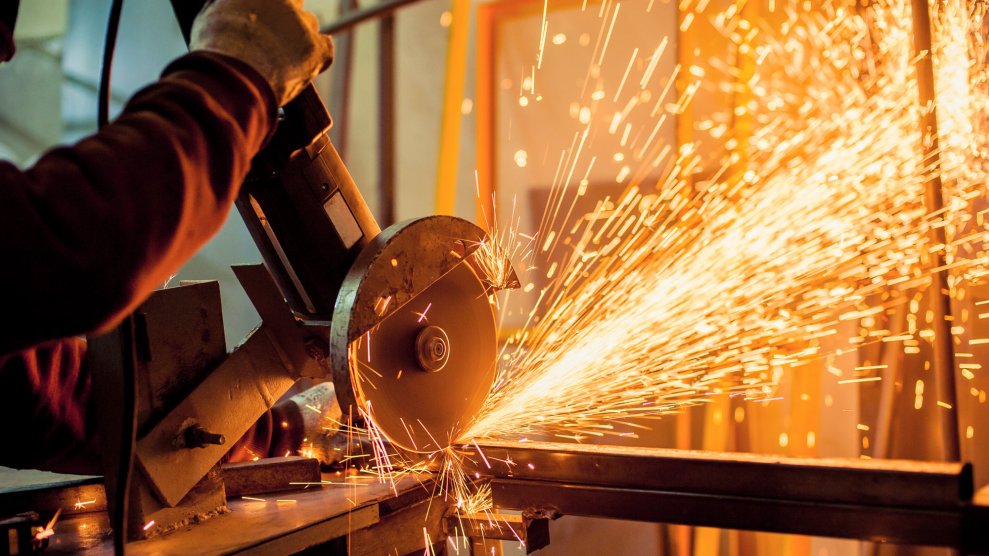 One extra day of temperatures above 90 degrees Fahrenheit costs the average Chinese manufacturing plant roughly $10,000 in 2017 dollars in lost output, according to research released last month. The study, published in the peer-reviewed Journal of Environmental Economics and Management, tracked temperatures and daily churn at half a million Chinese plants from 1998 to 2007.

In 2050, those losses are on pace to balloon to more than $47.2 billion in 2017 dollars as the world’s biggest manufacturing country loses 12 percent of its factory output each year. That equates to about 4 percent of annual gross domestic product in a country where 32 percent of GDP comes from manufacturing.

In one particularly striking result, the researchers found that high-tech manufacturers—those producing medical supplies, aerospace equipment and computer parts—are just as sensitive to extreme temperature as low-tech sectors, such as apparel and textiles.

“China is the de-facto factory for the world,” Kyle Meng, a co-author of the study and an assistant professor of environmental economics at the University of California at Santa Barbara, wrote in an email to HuffPost. “Losses in the Chinese manufacturing sector can have ripple effects on consumer prices around the world, including the U.S.”

The vast differences between the United States and Chinese economies make it difficult to draw conclusions about the future of American manufacturing sectors, Meng said.

During his campaign, President Donald Trump promised to kickstart a renaissance in U.S. manufacturing by lowering corporate taxes and slashing regulations. The National Association of Manufacturers began lobbying early in his administration against climate change regulations, renewable energy and higher vehicle emissions standards. The group has spent nearly $4.4 million on lobbying in 2017 alone, according to data collated by the Center for Responsive Politics.

The nation’s top manufacturing lobby also urged the new president to withdraw from the Paris climate agreement. In June, Trump announced plans to pull the U.S. out of the accord in November 2020, when the treaty allows for formal withdrawal, and canceled future payments to a United Nations-administered fund to help poor countries vulnerable to sea level rise build up their renewable energy infrastructure and prepare for climate change.

China, by contrast, ramped up its role in the Paris agreement. In May, just a month before Trump’s long-anticipated announcement, Chinese President Xi Jinping pledged to spend$900 billion on infrastructure abroad, namely on renewable energy projects. In June, Xi met with California Gov. Jerry Brown (D) to discuss ways to cooperate on reducing emissions despite the Trump administration’s retreat from the climate issue. Beijing vowed to spend at least $350 billion on renewable energy by 2020, and has plans for what the Financial Times called a “super-grid for clean power” across Asia.

Plus, Meng’s study only looked at soaring temperatures—just one side effect of a planet increasingly warmed by greenhouse gas emissions.

“At the moment, we don’t have much to say about how other conditions under climate change such as sea level rise, trough, or storms will affect economic activity,” he said. “We leave that for future work.”