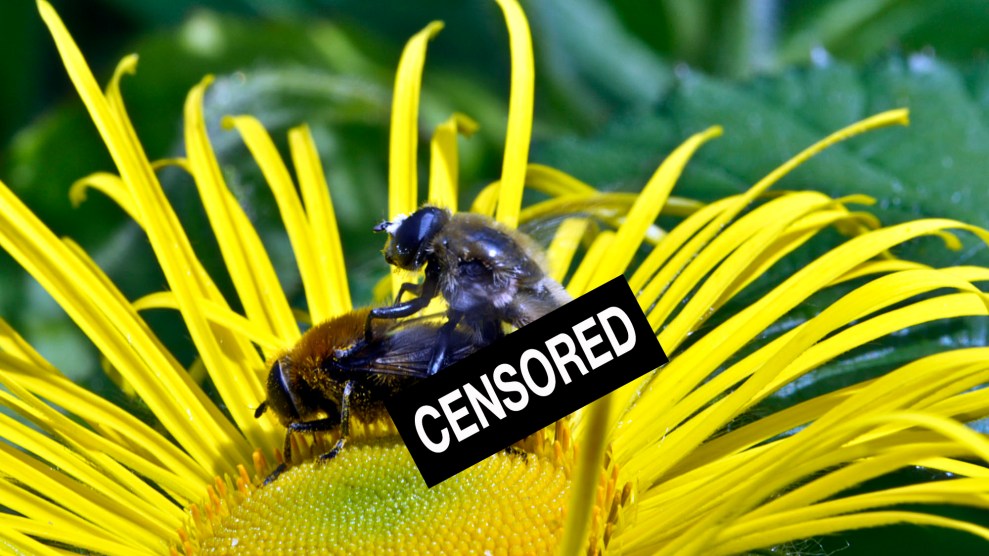 Animals might not be as obsessed with swiping right as we are, but that doesn’t mean their mating habits aren’t just as interesting.

Consider bees, for instance. They’re not as visually driven as we are, so instead, they rely heavily on smells to attract their mates. Male bees create a potpourri of “signature scents” by traveling and gathering scents from different flowers. A male bee can show a female bee that he is stronger and more biologically fit by flying to farther-flung flowers and showcasing them in his odor. But bees can also be jealous, hateful creatures: Lesser male bees have been known to kill their far-flying brethren and cut off their legs to steal their scents.

That’s just one of many examples in Carin Bondar’s new book, Wild Sex: The Science Behind Mating in the Animal Kingdom, which delves into the complex and fascinating world of animal reproduction. Bondar—a biologist, writer, and presenter—spoke with Inquiring Minds co-host Kishore Hari to discuss the science behind how animals mate and the surprising ways in which their habits are similar to the amorous adventures of humans. You can listen to the full interview below:

Like humans, some animals engage in a complex courtship period designed to identify the right partner. For example, Bondar points to female orangutans, who have found a way to test the demeanor of their potential mates. The females will intentionally steal food from males in order to see how those males will react—and to gauge how aggressively they respond. “It’s an effective way for females to test the potential temperament of a mate,” said Bondar.

Bondar also tackles the subject of interspecies sex. It occurs most often in the invertebrate world, says Bondar, and though there are many theories about why it happens, she notes that it seems to be common among some small insects that are similar-looking and closely related. “Certain individuals simply just can’t tell the difference,” she says. Other cases seem a bit harder to explain away as mistakes, especially when we see videos of fur seals having sex with penguins (NSFW; view at your own discretion). “Guess what,” remarks Bondar. “We’re not the only kinds of animals to utilize sex toys, to utilize different kinds of stimulation that don’t look…normal.”

“What we call normal,” adds Bondar, “gets flipped on its head in this book.”

For more wild tales of animal mating, listen to the full podcast above. But probably not at work.