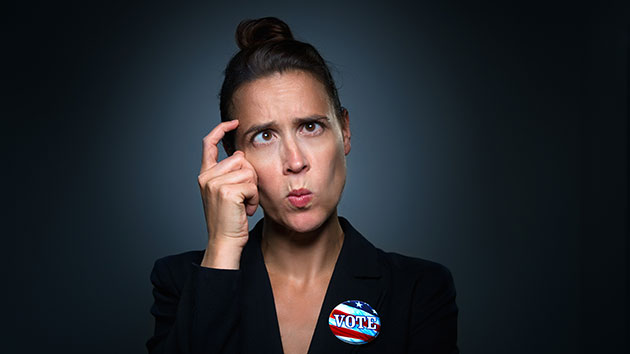 The Florida Supreme Court is set to weigh in on a controversial ballot measure that environmentalists warn could erect a new obstacle for the state’s struggling renewable-energy industry.

On Monday, the court is expected to begin hearing oral arguments over Amendment 1, a proposed ballot initiative that purports to strengthen the legal rights of homeowners who have rooftop solar panels. But critics in the solar industry and environmental groups claim that if the measure passes in November, it would actually deal a major blow to rooftop solar by undermining one of the key state policies supporting it.

“They’re trying to kill net metering, is really what it is.”

Amendment 1 was created by an organization with a grassroots-sounding name: Consumers for Smart Solar. In reality, though, the organization is financed by the state’s major electric utility companies as well as by conservative groups with ties to the Koch brothers. The measure qualified for the ballot in late January, after nabbing nearly 700,000 signatures from Floridians. A competing measure—pushed by Floridians for Solar Choice, a group backed by the solar industry—did not get enough signatures to make the ballot.

In Florida, the Supreme Court is commonly asked by the attorney general to review ballot initiatives to ensure that what voters will read on the ballot accurately characterizes the legal effects of the measure. And in this case, it does not, according to a legal brief filed by the environmental group Earthjustice:

If passed by the voters, the utility-sponsored amendment would be a constitutional endorsement of the idea that rooftop solar users should pay higher utility bills than other customers. Solar users could end up paying twice as much as other customers pay to buy power from the utilities. This utility-sponsored amendment pretends to be pro-solar but is actually a disguised attempt to derail rooftop solar in Florida.

“This is really shrewd, cynical deception,” said David Guest, the Earthjustice attorney who will argue the group’s position to the court on Monday.

A spokesperson for the utility-backed Consumers for Smart Solar countered in an email that “our amendment is not misleading” and that its opponents “are manufacturing false arguments and using scare tactics.”

The court battle over the ballot measure is just the latest episode in a long and brutal fight in Florida pitting solar companies and their environmentalist allies against power companies that fear losing their customers to rooftop solar power. Despite being one of the country’s sunniest (and largest) states, Florida ranks just 15th for solar installations. As Tim Dickinson recently explained in a great feature for Rolling Stone:

Key policies that have spurred a rooftop solar revolution elsewhere in America are absent or actually illegal in Florida. Unlike the majority of states, even Texas, Florida has no mandate to generate any portion of its electricity from renewable power. Worse, the state’s restrictive monopoly utility law forbids anyone but the power companies from buying and selling electricity. Landlords cannot sell power from solar panels to tenants. Popular solar leasing programs like those offered by SolarCity and Sunrun are outlawed. Rooftop solar is limited to those who can afford the upfront expense; as a result, fewer than 9,000 Florida homes have panels installed.

The controversial ballot measure would amend the Florida constitution to guarantee that “electricity consumers have the right to own or lease solar equipment installed on their property to generate electricity for their own use.” Sounds great, right?

Actually, it’s a bit more complicated than that. For one thing, Floridians already have that right, even though it’s not explicitly mentioned in the state’s Constitution.

“There already is a right to own or lease solar,” explained Hannah Wiseman, a professor of energy law at Florida State University. In this area, she said, Amendment 1 “is entrenching existing laws.”

“They are taking an anti-free market position by siding with monopolies to stop competition from solar.”

What the amendment won’t do, however, is legalize the type of solar lease offered by SolarCity, which is currently banned in Florida. “Third-party ownership” is a business model in which a contractor such as SolarCity installs solar panels on your roof free of charge, retains ownership of those panels, and then sells you the electricity they produce at less than the cost of buying electricity from the grid. That model has been extremely successful for SolarCity in California and other leading solar states, since it’s simple and allows homeowners to avoid the big up-front costs of installing and maintaining their own panels. In Florida, only electric utilities have the right to sell electricity to homeowners; you can buy or lease your own solar panels, but you can’t arrange to buy power from a third-party solar contractor. The failed ballot measure backed by Floridians for Solar Choice would have changed that, but Amendment 1 will not.

But according to Guest, there’s an even more insidious provision in Amendment 1’s fine print. The amendment says state and local governments have the authority “to ensure that consumers who do not choose to install solar are not required to subsidize the costs of backup power and electric grid access to those who do.”

“It could open the door for utilities charging solar users high fixed fees, and potentially getting rid of net metering.”

The issue here is net metering, a policy that exists in almost every state (including Florida) that requires electric utilities to purchase excess electricity from solar homes. In effect, the extra power your panels produce in the afternoon offsets the cost of power you take from the grid at night. The policy is widely loathed by power companies because they not only lose a paying customer to solar but also have to pay that customer and take the customer’s extra power off their hands. Electric utilities across the country have waged a variety of wars against net metering over the last several years; one of their biggest wins was in Nevada last month.

Often the fight comes down to a complicated, sometimes esoteric debate about whether net metering forces utilities to raise their rates for nonsolar homes to cover the cost of solar homes. (In addition to having to buy the excess power, utilities say solar homes still make use of transmission lines and other grid infrastructure without paying their fair share for it.)

That brings us back to the amendment: If passed, Wiseman said, it would allow utilities to argue that net metering is a “subsidy” for solar and that lawmakers have the authority to prohibit it.

“It could open the door for utilities charging solar users high fixed fees and potentially getting rid of net metering,” Wiseman said.

Guest was more blunt: “They’re trying to kill net metering, is really what it is.”

All of this seems to be pretty confusing for Floridians, who appear to hold conflicting views on the controversy. According to the solar-industry-backed Floridians for Solar Choice, 82 percent of the state’s voters said they would support changing the law to permit third-party ownership of solar. But a recent poll from the utility-backed Consumers for Smart Solar found that 73 percent of voters support their ballot measure.

One of the amendment’s opponents is Debbie Dooley, a Georgia-based tea party activist who has rallied conservative opposition to this measure and other potentially anti-solar policies around the country. Consumers for Smart Solar is engaged in “a campaign of lies and deception,” she said. The group “claims to support a free-market principle, but they are taking an anti-free-market position by siding with monopolies to stop competition from solar.”

Now it’s up to the court to determine if Amendment 1’s wording is, in fact, deceptive. If they decide it is, they could throw the measure out. The case is much more ambiguous than the ballot measure language the court normally reviews, Wiseman said. But she added it’s rare for the court to remove initiatives from the ballot.