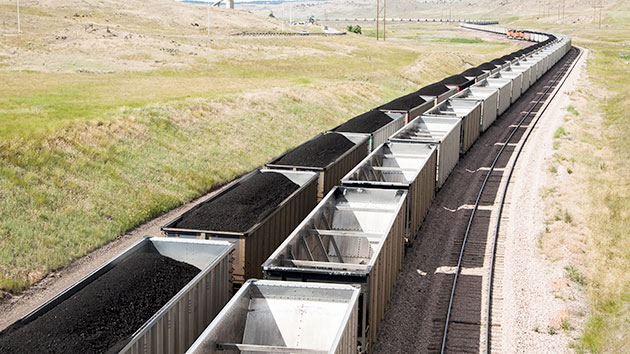 Just a few days after President Barack Obama promised new actions on climate change during his final State of the Union address, his administration has unveiled a sweeping overhaul of how coal can be extracted from federal land.

Interior Secretary Sally Jewell announced on Friday that she was placing a moratorium on new coal-mining leases on public land and that her department would begin a multiyear review of how those lease contracts are awarded. The policy change is likely to make the leases more expensive for mining companies, to generate increased royalties for the government, and to offset the damage coal production and consumption do to the environment.

“We haven’t done a top-to-bottom review of the coal program in 30 years,” Jewell told reporters. She added that her department will search for ways “to manage [coal] in a way that is consistent with the climate change agenda.”

This is a big win for environmental groups. But don’t expect it to result in an overnight decline in coal use, the nation’s No. 1 source of greenhouse gas emissions. Jewell said the lease moratorium will not “have any impact at all on coal production” and that the review will largely be carried out by the next presidential administration. All of the Republican presidential contenders have vowed to scale back Obama’s climate legacy; the Democratic candidates have vowed to push it forward.

“This is the first time any administration has taken such a serious look at the management problems, and also the environmental costs, of fossil fuel production on public lands.”

About 40 percent of all US coal extraction takes place on federal land, much of that in Wyoming, the nation’s top coal producer. For years, environmentalists have complained that the coal industry enjoys royalty rates much lower than offshore oil or other publicly owned fossil fuels. Those low rates make it cheaper for coal companies to operate and may also be a raw deal for the public that has to deal with the impacts, from local environmental degradation to global climate change. While offshore oil companies typically pay a royalty rate of about 18 percent, Jewell said, the rate for coal is only 8-10 percent. A Government Accountability Office report in 2014 found that undervalued coal leases cost the US Treasury nearly $1 billion per year in lost revenue.

When the leasing policy was originally created decades ago, Jewell said, “our practice was really about getting as much coal as possible” to feed the nation’s power plants. Now, many scientists agree that the exact opposite approach is needed to have any chance of limiting global warming. A 2015 study found that 92 percent of US coal reserves need to stay buried to have any hope of limiting warming to 2 degrees Celsius (3.6 degrees Fahrenheit), the cap enshrined in the international climate agreement brokered in Paris last month.

Jewell said there are about 50 pending coal leases that could be halted by the moratorium; leases that have already been approved will be allowed to go forward, and there will be no change to any current mining operation. There’s enough coal in reserve under existing leases to continue production at its current rate for another 20 years, she said. Many of the leases that could be put on ice were unlikely to have gone into production anyway, said Matt Lee-Ashley, director of the public lands program at the Center for American Progress. That’s because, with prices so low, big coal companies in the West routinely snatch up leases just to keep in their back pocket without necessarily developing them.

In effect, Lee-Ashley said, “it’s a pause on adding additional stockpiles on coal.”

The coal companies, he added, “are well resourced to continue mining for the foreseeable future.”

Still, the announcement is yet another headache for an industry that has already had a very bad start to 2016. Coal has been battered over the last few years by competition from cheap natural gas and by new climate regulations from the Obama administration. US coal production is at a 30-year low, one of the country’s biggest companies recently declared bankruptcy, and once-promising export markets in China now seem to be drying up.

“Once again the administration is circumventing Congress, the voice of the American people, to launch another unilateral attack on coal,” Rep. Ed Whitfield of Kentucky said in a statement. “We will continue to fight to ensure our policies promote access to affordable, reliable energy.”

Kentucky is among the two dozen coal-reliant states that are suing the Obama administration over its plan to limit greenhouse gas emissions from power plants.

Lee-Ashley countered that the reforms are “a giant step forward” on Obama’s climate agenda. “This is the first time any administration has taken such a serious look at the management problems, and also the environmental costs, of fossil fuel production on public lands,” he said. He cautioned that if a Republican follows Obama in the White House, he or she could impede the climate-oriented aspects of the reform. But he said the financial overhaul should enjoy bipartisan support, since it boils down to giving the American people a fair price for their natural resources.

“When you look at the money being lost to taxpayers through these loopholes, anybody who believes in good business should be able to carry it forward,” he said.