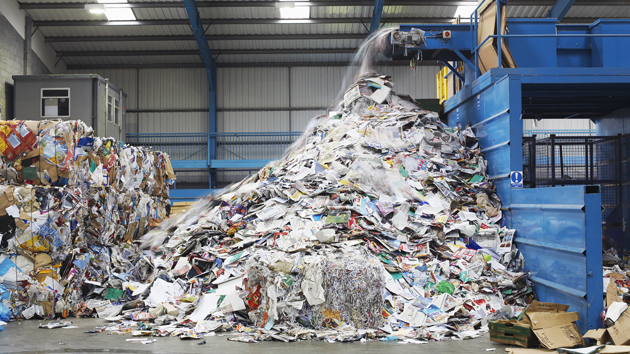 America’s recycling system is in crisis.

That’s the picture the Washington Post recently painted in a damning story on the state of recycling in the United States. First, the mixed-material “blue bins,” designed to decrease the hassle of sorting, are contaminating the recycling coming into facilities—meaning recyclable materials end up getting chucked into landfills along with trash. Second, thanks to lighter packaging, dwindling demand for newsprint, and low oil prices, the commodity prices for recyclables have decreased—so China, which used to buy most of our recycled materials, no longer has incentive to do so. According to the Post, this means that recycling is no longer profitable for waste management companies, and municipalities are stretching to pick up the cost.

So is the end of recycling drawing nigh? Not necessarily. The experts that I spoke to agreed that our system is broken—but for a slightly different set of reasons than those that the Post listed. And guess what? They think there’s a way to fix it. Let’s take a closer look at some of the common myths about recycling:

Correction: A previous version of this story misidentified the percentage of trash that Eureka Recycling diverts away from landfill.