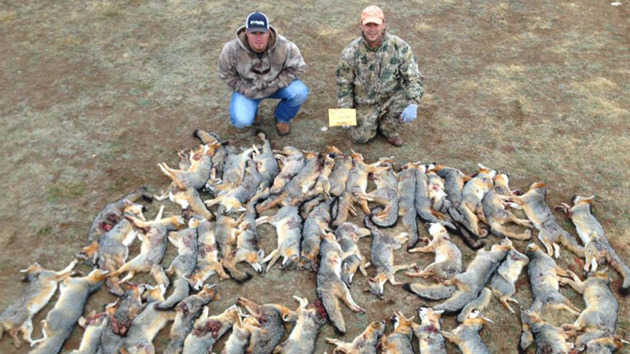 This story was published by FairWarning, a Los Angeles-based news organization focused on public health, safety and environmental issues.

Standing in a West Texas sporting goods store parking lot on a recent Sunday morning, Margaret Lloyd felt like she’d wandered onto the set of a gory movie. The lot was packed with trucks full of dead coyotes, foxes and the occasional bobcat; one pickup had a cage welded to its bed, and it was crammed with carcasses. “It was one wave of fur, tails on top of ears and ears on top of tails,” she said. “It was just horrifying.”

Around back, participants in the West Texas Big Bobcat Contest were weighing their kill in a competition to see who had shot the biggest bobcat and the most coyotes, gray foxes and bobcats in a 23-hour period. Some $76,000 in prize money was at stake—more than $31,000 went to the team that bagged a 32 pound bobcat. Other jackpot winners were a four-man team that killed 63 foxes, a team that killed 8 bobcats, and another that killed 32 coyotes.

Lloyd, a retired lawyer who lives in Galveston and stopped to take pictures of the bobcat contest while driving from New Mexico back to Texas, grew up in the South among hunters and says she’s not opposed to killing animals for food or to protect a herd.

“This is not hunting,” she said. “This is a blood sport, plain and simple.”

The Big Bobcat competition in San Angelo, Texas started in 2008 with just 19 teams, but drew 380 teams to the contest last month. “They’re growing exponentially,” said Geoff Nemnich, a champion coyote hunter who is cashing in on the phenomenon. His website, Coyote Craze, exhorts visitors to “Feed Your Addiction” and offers videos of coyotes being dispatched by high-powered weapons, along with t-shirts that read “Coyotes Fear Me,” and depict dead coyotes hanging by their feet. “Almost every weekend you can find [a contest] somewhere within driving distance,” he said. 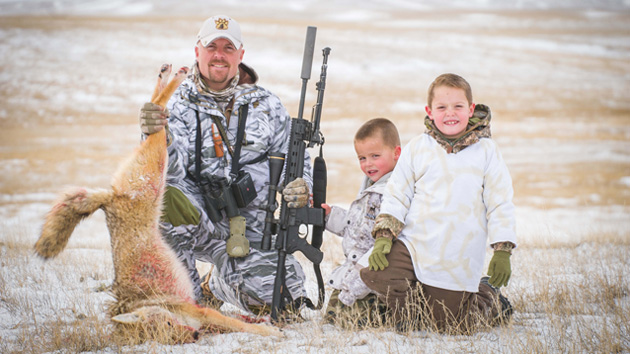 But as these contests proliferate, efforts to stop them are, too. In December, California Fish and Game Commission outlawed contests that award prizes for killing wildlife (the ban takes effect in April). Legislation to bar such contests passed the New Mexico state senate but died in the house. In Nevada, a petition to prohibit predator-killing contests is pending before the state Board of Wildlife Commissioners. And protesters blasting the events as indiscriminate slaughter have been demonstrating outside of contests and related events, like the Predator Masters convention in Arizona in January.

Wildlife defenders cite research that suggests killing adult coyotes may actually increase the population, since it allows more pups to survive. Predators like coyotes also fill an important role in the ecosystem by helping keep the population of rodents in check.

Jeremy Harrison, a fifth-generation rancher, organized the Big Bobcat contest in Texas. He said coyote contests do a public service by reducing the number of livestock predators and protecting the public from rabies. “This is not bashing baby seals in the head,” he said. 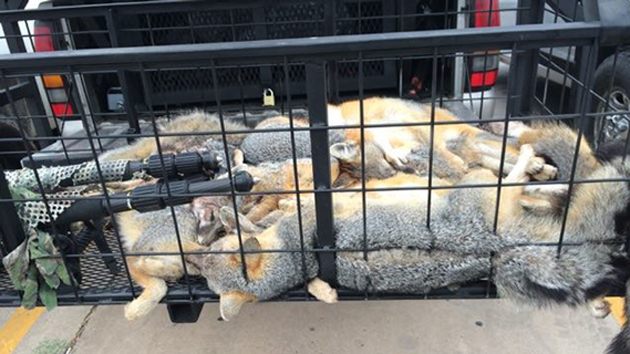 To those who are offended, he has simple advice: Butt out. “It’s none of their business. It has nothing to do with them,” he said. “It’s one of the best things about this beautiful state of Texas. We have 100 percent support from Texas and from the local people. If they don’t like it, they can just stay away from it.”

Opponents of these events call people like Harrison “thrill killers.” And there is a jarring sort of gleefulness that surrounds the slaughter—one Arizona group holds a Santa Slay hunt in December each year. Nemnich posts excerpts from his videos, which are sold at Cabela’s and similar stores, on YouTube. Set to stirring martial music, one sizzle reel shows coyote after coyote being called and then gunned down.

Nemnich, who said his videos portray hunting “in the best light possible”, encourages others not to post “distasteful” images because it will provoke animal rights groups or turn people who are neutral against hunting. “You don’t go and post a video of a coyote with his guts blown out on Facebook,” he said. “It just fuels the fire.”

Nemnich, who boasts on his website that two of his sons bagged their first coyotes at the age of five, said he gets a steady stream of hate mail. One message said his kids should be “gut shot” like the coyotes in the video. (“And I’m the barbarian?” he said.) He thinks the critics of coyote killing contests have a bigger agenda — to ban hunting altogether. “We’re killing animals for money and prizes. That’s the easiest way for them to get their foot in the door,” he said. 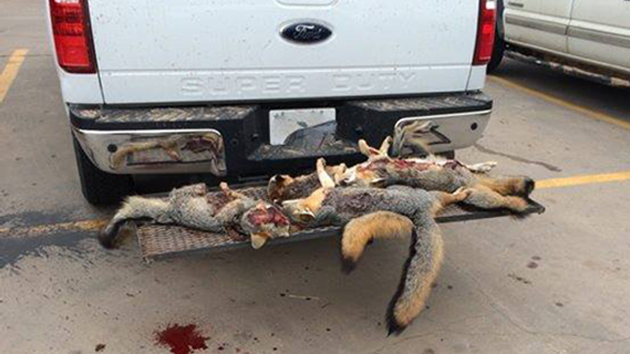 Both Nemnich and Harrison pointed out that the federal government kills thousands of coyotes each year. They said the US Department of Agriculture’s Wildlife Services division uses much less “sportsmanlike” means, such as poisons and leg-hold traps.

Contests are completely legal, Nemnich said. “Some may consider it ethically wrong, but hunting has been around forever, it’s who we are out in this part of the country.”

Myron Levin and Stuart Silverstein contributed to this story.