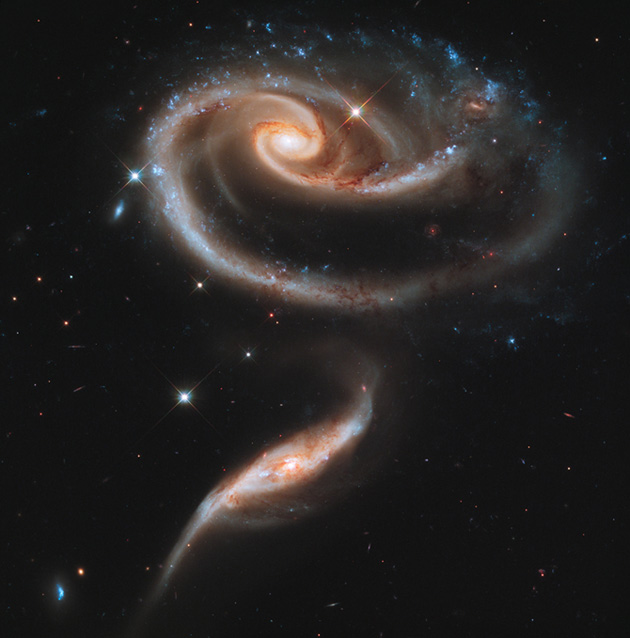 “There is so much we don’t know!” said Dick Vane-Wright, the Keeper of Entomology at the London Museum of Natural History when author Sharman Apt Russell was asking about butterflies. “You could spend a week studying some obscure insect and you would then know more than anyone else on the planet. Our ignorance is profound.” Russell was so inspired by this conversation—which appears in her book Diary of a Citizen Scientist (read an excerpt published by Orion Magazine)—that she became an expert on tiger beetles. Over the course of two years, she tracked the beetles in the wild, raised them in a terrarium, sent specimens to an entomologist’s lab for further analysis, and, in the process, added to our universal knowledge of the species. Ultimately, with her help, we now have a description of all three larval stages of the Western red-bellied tiger beetle.

Russell is an evangelist for citizen science—that is, research conducted by amateur aficionados of data collection. On the latest episode of the Inquiring Minds podcast, Russell explains how she became so involved in scientific research without ever pursuing a scientific degree. In 2001, she emailed an entomologist, and he responded immediately. Within a week, he was encouraging her to begin studying a particular insect species. “It was through this enthusiastic and generous mentor that I found myself thrust into the world of tiger beetles,” recalls Russell.

Ultimately, though, what Russell learned went far beyond the intricate details of tiger beetles’ lives. She also discovered just how difficult and tiresome the job of a scientist can be. “I learned why I didn’t become a scientist…because there is so much detail work,” says Russell. “You have to dedicate yourself to making charts and to transcribing numbers and doing a lot of things that I was glad to enter into—and just as glad that it is not my daily life to do that.”

So for anyone who wants to dip their toes into science, but then leave the heavy lifting to the professionals, citizen science might be the answer. The number of projects available to lay people has been increasing the last few years—these days, you can help advance the fields of astronomy, biology, zoology, entomology, ornithology, and many other sub-disciplines. Here are five ongoing projects that you can be a part of:

1) Classify galaxy shapes using Galaxy Zoo: There are about 100 billion galaxies in the observable universe, and we know very little about the vast majority of them. This project gives citizen scientists a chance to look at pictures taken by high-powered telescopes and help astronomers classify them into various shapes. Launched in 2007, the project exceeded expectations from the get-go, with some 50 million classifications completed in the first year. The current version includes images taken by the Hubble telescope, with a camera that was installed during the final shuttle mission to the telescope. By participating in the project, you not only get a rare glimpse into the deepest sections of our universe, but you can also learn how the age of stars can affect the structure of galaxies.

2) Participate in the annual Christmas Bird Count: This year, the Christmas Bird Count celebrates 115 years of its existence, making this annual bird census one of the oldest and longest-running citizen science projects in history. It started Sunday, but runs until January 5, 2015, so there’s still plenty of time to get out into the wild and search for birds. Tens of thousands of volunteers participate each year by registering with the Audubon Society and observing birds within a specific 15-mile-diameter circle. Every group includes at least one experienced bird watcher, so you’re not alone if you’ve never done it before. If your home happens to be within a circle, you don’t even need to leave your front door. You can find a circle near you using this searchable map. The count was established to counter the holiday tradition of shooting birds, and it makes for a great family outing.

3) Play the videogame Foldit to help discover the shapes of proteins: Proteins are the building blocks of life and as such, come in a dazzling array of shapes and sizes. You can help scientists figure out the structure and shape of proteins by playing a videogame called Foldit. We can’t develop drugs to fix a problem related to a particular protein without knowing its shape. And since some proteins include more than 1,000 amino acids, the number of ways in which they can be folded can become astronomical. Finding the best fit for different proteins is a major problem in biology. But Foldit takes advantage of our intuitive pattern completion skills and our competitive natures to solve this problem. For example, one way to score points in the game is to “pack the protein”: You want the atoms in the protein to be as close together as possible to prevent water molecules from getting inside. If you’re having trouble, a little scientist avatar pops up to give you some tips. 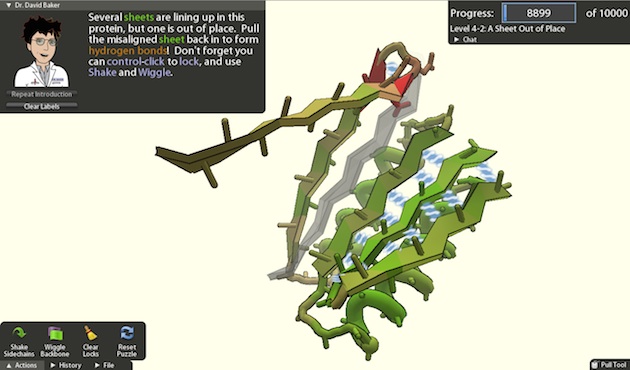 4) Help scientists learn about human sexual activity via Kinsey Reporter: Want a project that’s a bit more titillating? Try Kinsey Reporter, an app administered by Indiana University at Bloomington that tracks sexual and other intimate behaviors. You download it to your smartphone and then report your activities anonymously to the central data collection site. The project analyzes the information and provides different options for data visualization. You can then explore the data collected by the app yourself and discover new information on subjects as innocuous as public displays of affection and as harmful as unwanted sexual experiences. By zooming into the map, you can see just how much sex is happening in your city. 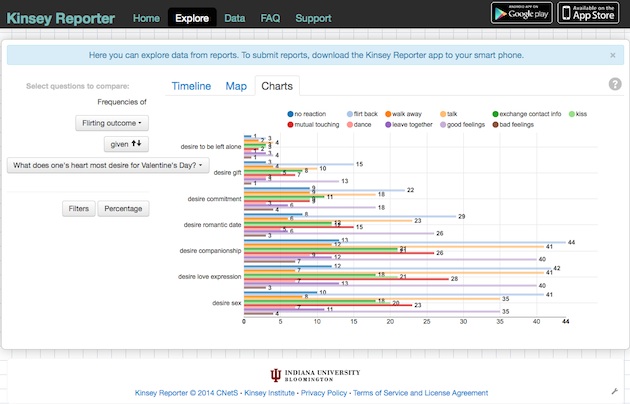 5) Listen for killer whales in the ocean: Need to de-stress during the holidays? Many of us find ocean sounds soothing. At Orcasound.net, you can help scientists track killer whales while you chill out. Just listen to the live stream on the website, coming from several sites in the Salish Sea, in the Seattle area. If you hear an orca-like sound, send an email to the site’s address. Not sure you could recognize a whale sound? Don’t worry, there’s a sound tutor to help you out.

For our full interview with Sharman Apt Russell, listen below:

Inquiring Minds is a podcast hosted by neuroscientist and musician Indre Viskontas. This episode was guest-hosted by Charles Rzadkowolski. To catch future shows right when they are released, subscribe to Inquiring Minds via iTunes or RSS. We are also available on Stitcher. You can follow the show on Twitter at @inquiringshow and like us on Facebook. Inquiring Minds was also singled out as one of the “Best of 2013” on iTunes—you can learn more here.