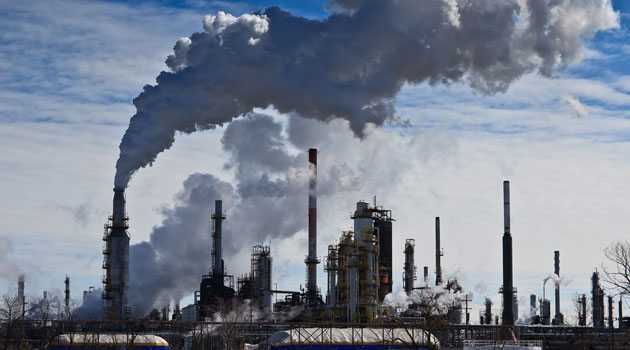 The Senate will hold a confirmation hearing next week for Gina McCarthy, President Obama’s pick to head the Environmental Protection Agency in his second term. McCarthy, who is currently the assistant administrator for the EPA’s Office of Air and Radiation, is expected to face some grilling from Senate Republicans who haven’t been big fans of regulations, particularly when it comes to greenhouse gas rules. But the Senate might not be the biggest obstacle to strong new rules.

In a stinging critique at the Yale Journal on Regulation, one of the EPA’s former top officials on climate change argues that the Obama White House has been the biggest impediment to tough regulations. Lisa Heinzerling served as the senior climate policy counsel at the EPA from January to July 2009 and as the associate administrator of the Office of Policy from July 2009 to December 2010. Heinzerling brought serious climate chops to the EPA; before joining the administration, she was one of the lead authors in the plaintiffs’ briefs in Massachusetts v. EPA, the settled court case in which the US Supreme Court ruled that the EPA has the authority to regulate carbon dioxide emissions. She has since returned to her job as a law professor at Georgetown University.

Her piece points to the White House Office of Management of Budget —and its Office of Information and Regulatory Affairs (OIRA) in particular—as the place where tough regulations go to die. We’ve documented a number of proposed environmental rules have been sent to OMB for consideration and never again seen the light of day. Heinzerling points to several others that have been under “review” for years, including a list of “chemicals of concern” and rules about workplace exposure to harmful crystalline silica dust. In other cases, like new Food and Drug Administration rules on food safety, the rules were sent back from OMB significantly weakened.

It’s often impossible to tell what happens to new environmental rules once they go into the OMB, which means the Obama administration is breaking its promises of transparency, Heinzerling argues. The problems at OMB also stem, she says, from an overemphasis on cost-benefit analysis for all new regulations. Cass Sunstein, the legal scholar who headed OIRA for most of Obama’s first term before leaving last August, was a major proponent of this process of comparing the monetary costs and benefits of any proposed regulation. Using this to evaluate environmental regulations is a source of controversy, particularly for cases where the benefit of, say, not filling the atmosphere with greenhouse gases can be difficult to quantify.

I predicted at the time Heinzerling was tapped for the administration back in 2009 that cost-benefit analysis would be a major source of tension between EPA and OIRA. That certainly seems to be the case. I talked with Heinzerling this week about her piece and her evaluation of the Obama administration’s approach to environmental regulation:

Mother Jones: How much of a barrier to getting good regulations has the OMB been under Obama?

Lisa Heinzerling: It’s a huge barrier. From the moment a person at EPA thinks of the possibility of issuing a rule, they start to think, “Will OMB let us issue this rule?” It affects everything in rulemaking at the agencies. If they do get to the point where they decide to go ahead with the rule and propose it or issue a final rule, then it may well get stuck forever at OMB. In most case in this administration, no one knows that a rule is stuck, or why.

MJ: Does this lead to self-censorship at the agencies? Are they thinking, “Maybe we shouldn’t be as aggressive on this rule as we think we need to be because OMB won’t let it go through”?

LH: A lot. After [my piece] on this went up, a career staffer at EPA that I’d never met wrote to me and said, “We’re constantly checking ourselves. We’re constantly asking ourselves not, ‘Is this the right thing for environmental protection?’ but, ‘How can we make this acceptable to OMB?'” Obviously that’s just one person, but I saw this all the time.

MJ: Is this worse than previous administrations?

LH: There are some things I think are more aggressive about OMB in this administration. Certainly for a Democratic administration it’s notably aggressive. Those things include using cost-benefit analysis in a decision-making role. You need to show bigger benefits than costs, and if you don’t, except in exceptional circumstances, that rule won’t issue. That’s new and big. There’s also OIRA’s insistence that agencies, if they can, should interpret their statutes to allow cost-benefit analysis. I think that’s new, or at least I have never heard it said explicitly before. Maybe this is just the chasm between the rhetoric about transparency and the reality of it, but there is a notable lack of transparency about the process. Even in the Bush administration there were return letters—public letters—saying your rule is not going to issue, here’s why.

MJ: How much of that was Cass Sunstein’s leadership at OIRA rather than just the institutional mentality?

LH: I think there’s definitely an institutional mentality in OIRA. He would say that there’s no political valence to the office. I’m not sure there’s any particular party affiliation with OIRA staff, but there’s certainly a philosophical orientation against regulation. That continues. But Sunstein himself was an incredibly enthusiastic proponent of cost-benefit analysis and of the president’s prerogative in the rule-making process. So I think that had a huge effect.

MJ: Does having a new person at the head of OIRA change that much?

MJ: How much of a hindrance was this for you during your time at EPA?

LH: Sometimes, yes. Not always. There were a lot of rules that did go through, a lot of air pollution rules in particular. Air pollution rules fare particularly well in the process because they often reduce particulate matter, and particulate matter kills people, so that produces big numbers. None of this is to say that there hasn’t been any activity at EPA. But in some domains, OIRA basically stops regulatory activity. Water pollution is one area. It’s extremely hard for a water pollution rule to pass cost-benefit analysis. Toxics rules—they’re extremely hard to get through the OIRA process.

MJ: Overall, how would you rate the EPA’s climate work in the first four years?

LH: I would say it’s a good start. I would say if EPA were now on the verge of issuing some major new, big rules, then it might even be more than a good start. But I think there’s been a lot of talk lately about delaying the power plants rule for new facilities. As far as I can tell, there doesn’t seem to be a huge amount of appetite for a rule on existing power plants. So at this point, if things are kind of stuck, all we’re left with is that good start. That’s not enough.

MJ: With greenhouse gas regulations, do you think the administration is serious about them? They seem to be hesitant to actually make them happen.

LH: Exactly. And time is short. Within the first few months of the first term EPA had proposed basically, basically had in place plans for the whole suite of rules that came out in the first term. If they’re going to move, they need to move.

MJ: Do you think that, in her tenure at EPA, Lisa Jackson was trying to do the right thing, but hitting a roadblock at the White House?

LH: Absolutely. For sure. She’s very committed, smart, brave. She’s an environmental stalwart. I think a lot of things that didn’t happen didn’t happen because of the White House.

MJ: Do you think McCarthy will have more luck in the next four years?