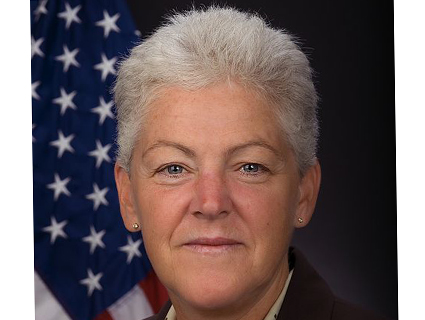 On Monday, President Barack Obama announced the nomination of Gina McCarthy as the new head of the Environmental Protection Agency—a promotion for the deputy who has been behind some of the toughest new environmental regulations in the past four years.

As the assistant administrator for EPA’s Office of Air and Radiation, McCarthy has helped implement a raft of new or improved national standards for pollutants such as mercury, sulfur and nitrogen oxide emissions, and soot, and she oversaw the first-ever limits on greenhouse gas emissions from new power plants.

Her appointment to the top spot at EPA is seen by enviros as good news for the future of greenhouse gas regulations. After rolling out emission limits for new power plants last year, the EPA is now expected to set rules for existing power plants—a huge task given the number of old, dirty plants around the country. That’s just one item on a long list of environmental regulations that were delayed until after the 2012 election. Now McCarthy will manage the implementation and/or drafting of these regs.

Another reason enviros are cheering McCarthy’s appointment is her bipartisan history. Before coming to the EPA, McCarthy worked for Massachusetts Gov. Mitt Romney as his undersecretary for environmental policy. After that, she worked for Connecticut Gov. Jodi Rell, another Republican. “McCarthy’s stellar work under two Republican governors as well as her excellent work over the past four years at the EPA is proof that when it comes to protecting our health and environment, it isn’t about who you work for or what party you represent,” says Margie Alt, executive director for Environment America. “It’s about whether you can get the job done. And Gina McCarthy can get the job done.”