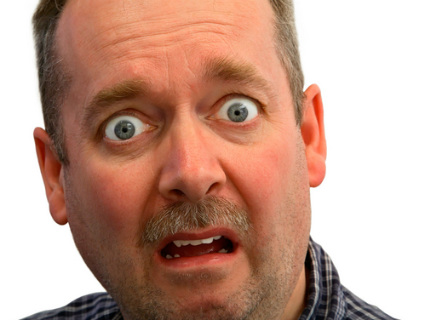 Lately we’re being bombarded by news about just how dramatically climate change is transforming the United States. Early last week, we learned that 2012 was by far the hottest year on record in the lower 48. Late Friday came another gut punch: a draft of the third US National Climate Assessment. The report describes, among other things, a future of disappearing coastlines, a staggering rise in average temperatures of up to 10 degrees Fahrenheit (about 6 degrees Celsius) this century, and more frequent heat waves and weather extremes. What’s more, it bluntly states that our modest efforts thus far are “not sufficient” to avert these devastating futures. If we don’t do a lot more to curb greenhouse gas emissions, the report warns, the warming will “accelerate significantly.”

“Data is accumulating to show that Americans want their politicians to take action.”

From a public-opinion perspective, it’s hard to think of a more propitious moment for the arrival of such a document. Polling suggests that Americans are increasingly aware—and unnerved—that our world is changing rapidly. They’ve seen the devastation from Superstorm Sandy and the droughts across the heartland. “The third assessment is coming out at a time when it is now becoming better understood that the words ‘climate change’ are not the third rail of politics,” says Ed Maibach, director of George Mason University’s Center for Climate Change Communication and a member of the federal advisory committee that wrote the new assessment. “Data is accumulating to show that Americans want their politicians to take action.”

But will they? Shortly after his reelection, President Obama pledged to lead a “conversation across the country” about climate change. This new report is perhaps the single best conversation piece he’s likely to encounter.

What makes the new National Climate Assessment so powerful—and accordingly, so threatening to the climate change deniers—is that it brings the debate down from the atmosphere and puts it, Google Maps-style, right smack in your backyard. And unlike the two previous national assessments—which, largely for political reasons, failed to reach the audience they deserved—this document might finally help push us to deal meaningfully with a problem we should have addressed decades ago.

With a little help from the president, that is.

A quick dive into the checkered history of the national climate assessments conducted so far shows how potentially transformative they are, and just how much an administration’s receptivity (or lack thereof) determines their fate:

Although the 1990 Global Change Research Act states that there should be a National Climate Assessment every four years, there have only been three so far (counting the latest draft). And neither of the previous two—released in 2000 and 2009—has enjoyed a political reception worthy of the quality or the urgency of the science it contained.

Following bogus claims that the 2000 National Climate Assessment wasn’t reliable, the Bush administration began refusing to cite it in other federal reports.

The first assessment, released late in the Clinton years and then handed off to the environmentally hostile Bush team, was widely attacked by the denier crowd and was subject to a censorship campaign by administration itself. I told the whole story in my first book, The Republican War on Science, and in an extensive article (behind a paywall, alas) in the Bulletin of the Atomic Scientists. But here’s the gist: Following dubious assertions that the report wasn’t reliable and didn’t live up to “data quality” standards, the Bush administration started refusing to even cite it in other government reports. (For more on this, see the court declaration of climate science whistleblower Rick Piltz, who described how references to the national assessment would strangely “disappear” during federal editing processes.)

What was it about this document that so scared the climate deniers? Probably the way it got people to care about climate change by zooming in on regional changes, thereby helping to relate them to people’s own lives and communities. In the past, scientific reports of this type “were done by some agency somewhere in the Beltway,” says climate adaptation expert Susanne Moser, who helped oversee the committee that drafted the latest assessment. “And the 2000 one really broke out of that by saying, ‘It’s really about everybody out there, so we need to engage them.'”

The 2000 report was thus based on input from a national network of citizen stakeholders, ranging from farmers to local officials—a dramatic effort to bring science to the people and listen to what the people had to say in return. That approach was abandoned, however, by the Bush crew.

“People actually do not know that there was a second assessment in 2009,” says one climate expert.

The second National Climate Assessment didn’t fare much better. While the report was released in 2009 under the Obama administration, it was largely based on research conducted by the Bush administration—research that could be described as incomplete at best. Rather than complete a full assessment as the law requires, the Bush administration instead commissioned 21 separate “synthesis” reports, many of them quite technical—a move for which it was ultimately faulted in federal court. Thus ensued a scramble to produce a true assessment, a process ultimately culminating in the 2009 report. But the document received relatively little attention from the newly elected Obama, whose climate messaging strategy was focused on clean energy and green jobs, not climate change impacts across the United States. As Moser put it recently, “People actually do not know that there was a second assessment in 2009.”

This time could be different. Granted, the draft report—the work of some 240 scientists so far—still has quite a long way to go in the course of its public birthing. (Releasing it on a Friday at 4 p.m. certainly did not help matters.) Now begins a three-month public comment period, and there will also be further reviews by government agencies and the National Academy of Sciences. While key officials like presidential science adviser John Holdren and National Oceanic and Atmospheric Administration chief Jane Lubchenco have offered considerable praise for the draft report, they warn that it’ll be a year before we have a final, final, final one. In sum, brace yourself for a lengthy, public, editing process—with plenty of sniping by the climate-denial trolls.

Preparedness and adaptation may sound good in theory, but are they plausible for something on this scale?

The good news is that the process involves scientists traveling around the country and getting people’s reactions to this series of alarming predictions—which makes the final assessment more likely to gain traction. Indeed, the development of the draft report coincides with the launch of “NCANet,” a “network of networks” to get everyone from civil engineers to zoo to aquarium managers involved. So far, 60 organizations have signed on.

“The greatest potential of the National Climate Assessment,” Maibach says, “is to give communities in every region of the country good data on the changes that have already happened, and good projections about what is likely to happen in the future, so they can rethink their assumptions and start making some hard calls about what do we want to do differently to respond to this problem.”

This may be the real genius of such an approach—and the thing that really terrifies the deniers. If you go into communities and get people thinking about what they will have to do to prepare for climate change, there’s a good chance they will conclude that they can’t simply “get ready.” Preparedness and adaptation may sound good in theory, but are they really plausible when we’re talking about turning planetary knobs far past the settings that have endured for most of recent human civilization?

Such realizations are already taking hold in some coastal communities, where the notion of adapting to the absence of land beneath one’s feet increasingly sounds like a cruel joke. But the rest of us may well come to the same conclusions when forced to think about what climate change really, really means to the places we live. In fact, there’s even some data to suggest that thinking about adaptation or preparedness has precisely this effect. Call it the “Oh, shit!” factor: Thinking about trying to adapt makes you think about your inability to do so.

If this holds true for the population at large, then Obama would do well to base his “conversation across the country” on the regional scenarios in the national assessment—and talk about how climate change affects everyday Americans, and what they might want to do about it. At which point those people who really think things through may realize that they do want the federal government to cut greenhouse gas emissions, and do so immediately.

So how has the administration reacted to the report? It’s worth noting that just after the draft assessment came out, Obama’s weekly address included another call to tackle climate change. But his top science advisers, despite their praise for the document, are keeping their distance for now, saying they haven’t had a chance to review it.

This, after all, is not yet the administration’s official report. It’s merely the product of an impressive team of scientists and an impressive advisory committee. At the same time, it’s based on a body of science that isn’t exactly new. Obama needn’t endorse every last finding to start talking it up. Yearlong review process or not, the planet isn’t waiting.